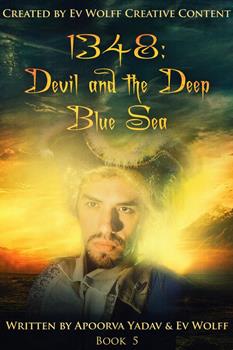 On Westchester, the English territory of the island Michael Carter has been marooned on, he tries to organize a delegation to encourage peace between the warring factions of the English and the Thodinese.

But when both sides have leaders as belligerent as George Beaufort and Pateka, it was never going to be easy, or even possible.

The blame for the peace talks not having gone well naturally falls on Michael, who has so far been enjoying the currency of Lord Beaufort’s trust. As compensation, Beaufort offers him the hardest decision he’s ever had to make: marry Charlotte, or he would wipe out the Thodinese.

Torn between his love for Juna and his desire to see her alive, what will Michael decide? Would he live in eternal torment and see Juna’s race dead, or would he go for the eternal torment of being Charlotte’s husband so that Juna can stay alive?

Even if Michael chooses right, what will be the emotional costs of his decision? Can there be a right choice in the situation that he finds himself in?

Read on to see what he decides, and how his decision affects those around him.