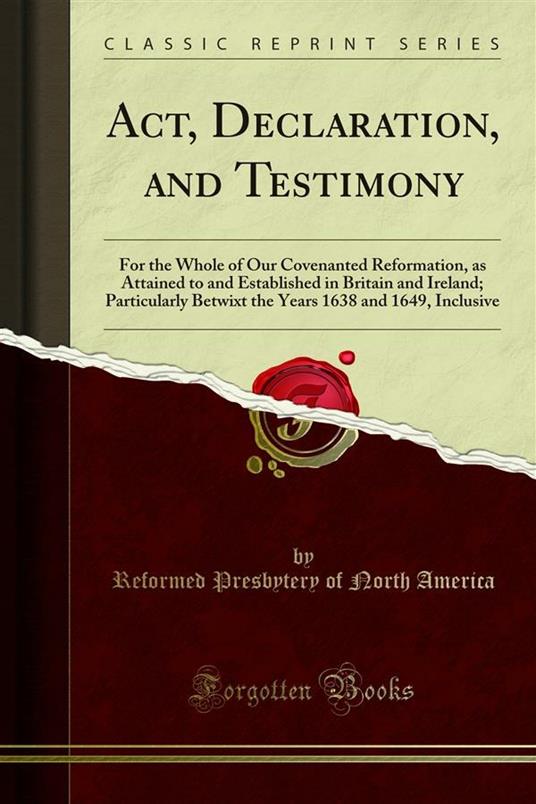 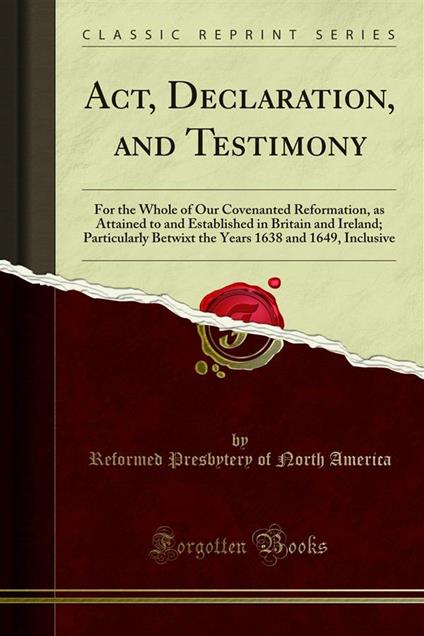 
Scotland maintained by them, must needs be strong; there is yet a gracious door of Opportunity left Open for them to attempt, in their judicative capacity, the prosecution and accomplishment of the necessary work formerly proposed; and which they could not but judge the Lord still called them unto, while after all the above-mentioned breaches made upon them, he still continued to give them a nail in his holy place, and a wall in Judah and Jerusalem, Ezra ix, 8, 9, they therefore again laid their appointments upon some others to prepare a draft of An Act, Declaration and Testimony, &c., and which, under the favor of Divine Providence, has at length been finished and laid before the presbytery. We only need to Observe further with reference to this, that the long delay of what is now agreed upon did not proceed from any design in the presbytery of deprivi'ng' either the people of their particular inspection, or the generation, of any benefit that might be obtained by a work of this nature, but partly from the fewness of their number, and great extent of their charge, and partly from the great distance of members' resi dence from each other, whereby they can seldom have access to meet altogether for expediting this or any other work of public concern they have in hand.
Leggi di più Leggi di meno