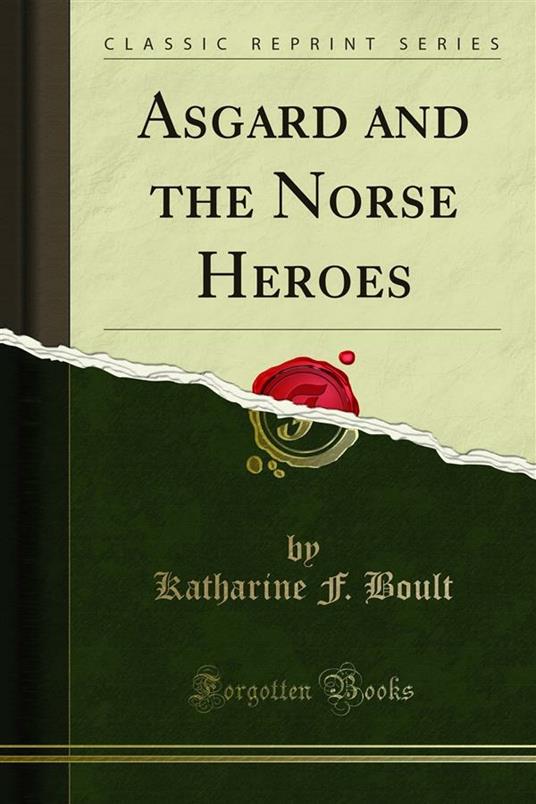 Asgard and the Norse Heroes 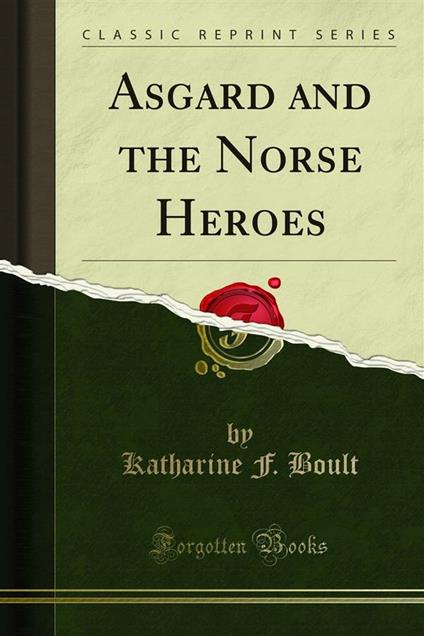 
Eleven hundred years ago, the men of Norway, or vikings, were dreaded throughout all the coasts of Europe. Each summer the hapless people living near the Shore looked out in fear lest they Should see the hated long-ships, with bright-coloured sails, carved dragon-prow and rows of shields along either side, come speeding over the waves, bringing the fair haired, blue-eyed warriors to plunder and burn and kill. And each Sunday they prayed in church to be delivered from the fury of the Northmen. Now Norway was a poor country, divided by high mountains into many dales, up which the long dark sea-fjords threaded their way, and there was not work for all the men in the land; the fields and cattle were, therefore, cared for by thralls and women. The men spent their winters in hunting, drinking, and fighting their neighbours, and, when spring came, they drew their long-ships out of the viks, or small bays, where they had been housed for the winter, and sailed away, south, west, or east, to harry the people of other countries and gather the riches they coveted — gold, jewels, amber, silks, and the fine soft cloth Of the south. From these bays or viks they were called vikings. The word has nothing to do with a royal race; their kings were known as sea-kings when they went a-roving. It was no hardship to them to fight. Their religion taught them that to be a warrior was the finest thing in life and that to die in battle would lead them to eternal feasting with their gods in the glorious hall of Valhalla. Every dale or group of dales in Norway had its own king or earl (j arl), and each of these was always ready to fight the chiefs near him. It chanced that, in 860, a handsome, haughty boy of ten, called Harald, succeeded to his father's kingdom, which was one Of the largest districts in the land. By his bravery and cleverness he mastered his followers and kept them obedient, although, for some years, he does not seem to have thought of adding to his realm. But one day he saw fair Gyda, the daughter of a neighbouring jarl.
Leggi di più Leggi di meno