A fast-paced literary thriller in which ex-belly dancer Evangeline's fight to protect three-year-old Lily draws her into the seedy underworld of her past - the first book in Louisa Young's celebrated Anglo-Egyptian trilogy of Evangeline Gower novels. Evangeline is a single parent whose child is the daughter of her sister, who was killed in a motorbike accident. Evangeline, who was driving the bike, sustained injuries which put an end to her belly dancing career. She now leads an exemplary life, writing and looking after Lily. But when she gets into trouble with the police, she is drawn into the shadowy world of drug dealers, pornographers and bent coppers that seems to have bizarre connections with her sister's past. With a plot that makes you rush to the end, this is a thriller without violence, a romance without sentiment and a brilliantly exciting novel.
Leggi di più Leggi di meno 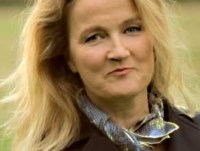