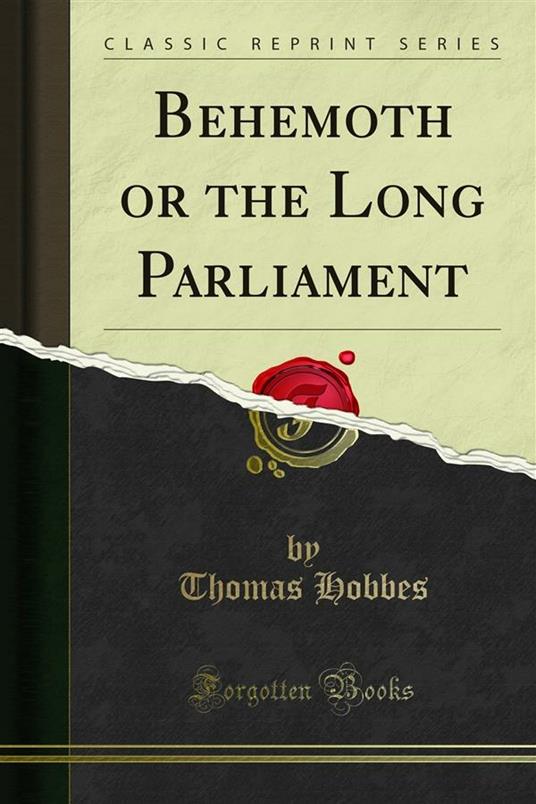 Behemoth or the Long Parliament 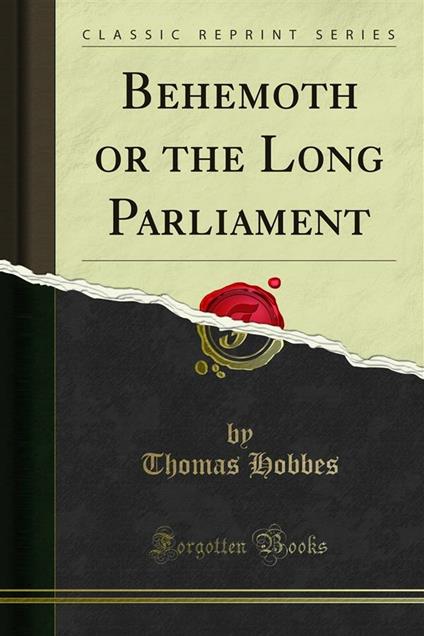 
I do here present you with a piece of Mr. Hobbes's writing, which is not published from an imperfect ms., as his Dialogue of the Civil Wars of England was (by some that had got accidentally a copy of it) absolutely against his consent, as you may see by some passages out of some of his letters to me which I have here inserted. In his letter of June, 1679, he saith: I would fain have published my Dialogue of the Civil Wars of England long ago, and to that end I presented it to his Majesty; and some days after, when I thought he had read it, I humbly besought him to let me print it; but his Majesty (though he heard me graciously, yet he) ﬂatly refused to have it published. Therefore I brought away the book, and gave you leave to take a copy of it; which, when you had done, I gave the original to an honourable and learned friend, who about a year after died. The king knows better, and is more con cerned in publishing of books than I am therefore I dare not venture to appear in the business, lest it should offend him. Therefore I pray you not to meddle in the business. Rather than to be thought any way to further or counten ance the printing, I would be content to lose twenty times the value of what you can expect to gain by it, &c. To this now may be added the following unprinted passage from a letter, which was addressed at a still later date (august 19, 1679) by the aged philosopher to his friend John Aubrey (the end of it being inserted in Aubrey's Sketch of Hobbes's Life, published in Letters from the Bodleian, vol. Ii., ubz' m'd. P. Running thus: I have been told that my book of the civil war is come abroad.
Leggi di più Leggi di meno