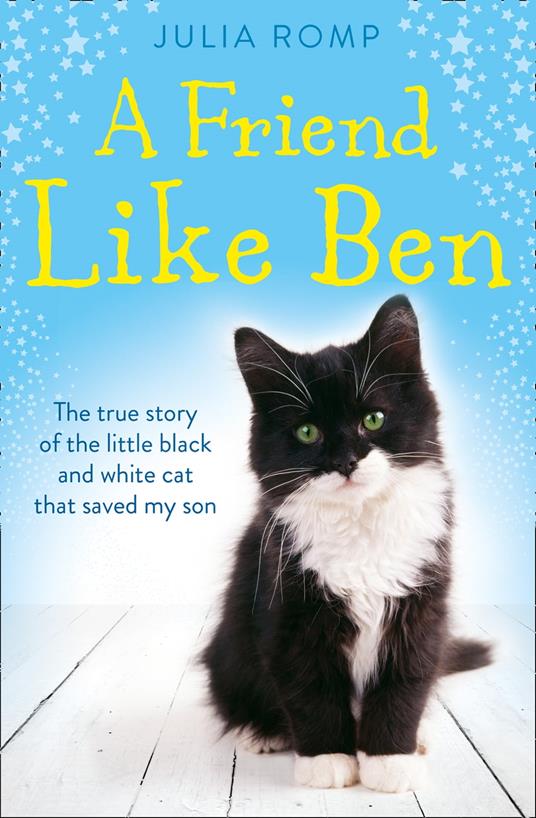 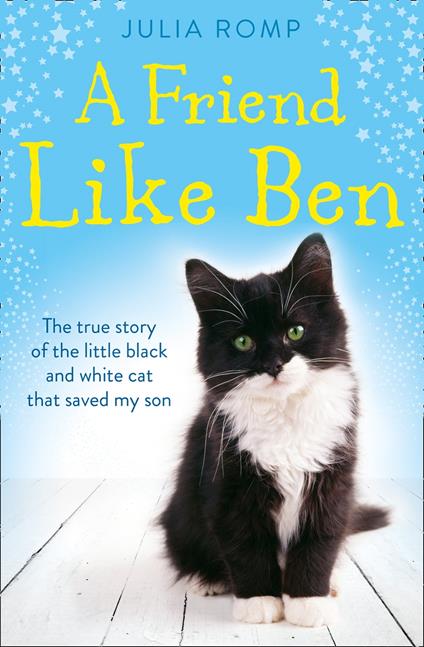 The heart-warming true story of a little boy and the cat that changed his life.

Nine-year-old George was severely autistic; quiet and withdrawn, he appeared lost in his own world most of the time. His mother Julia despaired as she couldn’t bring George out of his shell. But when a black-and-white stray cat appeared in their garden, everything changed.

George’s new four-legged friend, Ben, had a wonderful and unexpected side-affect. George and Ben bonded and George began to open up, making up stories about their adventures together to recount to Julia. Finally, Julia could communicate with her son – and Ben had made it possible.

But then disaster struck – Ben went missing. The cat who had coaxed George out of a world of silence had disappeared, and George began to retreat. Determined to reunite George with his furry friend, Julia knew she had to do everything in her power to bring Ben home again .

A Friend Like Ben is the remarkable true story about the extraordinary empathy between a boy and his cat, and a mother’s determined journey to make her son whole again.