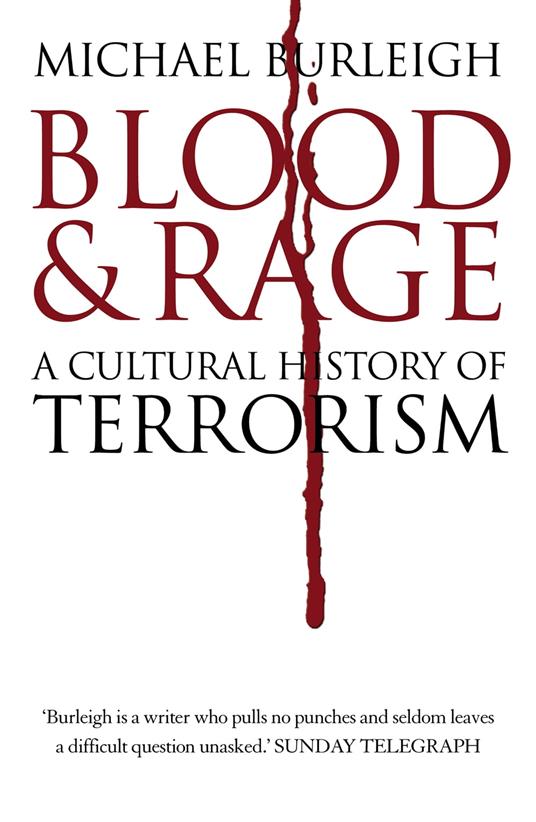 Blood and Rage: A Cultural history of Terrorism 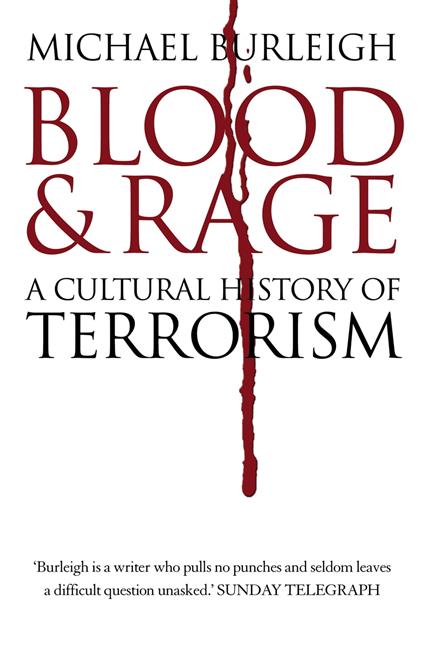 A far-reaching history of terrorism across the world from its beginnings to the modern-day, from the highly acclaimed author of ‘Sacred Causes’ and ‘Earthly Powers’.

Basing his study on a wide range of sources and key players from the world of terrorism, Burleigh explains and defines the meaning of terrorism and marks its progression from its hard to trace beginnings to the modern-day.

He begins with the first modern terrorist groups: the Irish Republican Brotherhood – the precursors of the IRA – who played a key role in the formation of an Irish Republican ideology. He goes on to look at Tsarist Russia where the 'intelligentsia' launched attacks on organs of state, left-wing fighting against 'Fascism' and 'Nazism' in the 70's and 80's in western Germany and Italy, and Britain and Spain's long and drawn out battles with their own terrorist groups the IRA and ETA respectively. He ends with the first globally inclusive account of Islamist terrorism since 1980s till the present.

Primarily, Burleigh aims to elucidate the mind-set of people who use political violence and explore the background and the milieu of the people involved. He will be interviewing several senior military and police figures who were responsible for security in Northern Ireland, as well as former soldiers who took part in operations such as 'Bloody Sunday'. He will examine the Middle East which, since 1970's, has been the world's epicentre for terrorism and the mythologies and delusions of Islamist radicals.

Finally, he makes clear that the west has considerable resources to comprehend and combat terrorism – despite consistently failing to do so – and highlights the shamefully inadequate nature of US public diplomacy. The book also includes a number of practical suggestions as to how terrorism can be combated both ideologically and militarily.

'Blood and Rage' is an unrivalled study that sheds an insightful new light, and a refreshingly complex angle, on a plight that threatens to affect the world at large for many years to come and establishes Michael Burleigh as one of the most original, learned and important historians of our time.