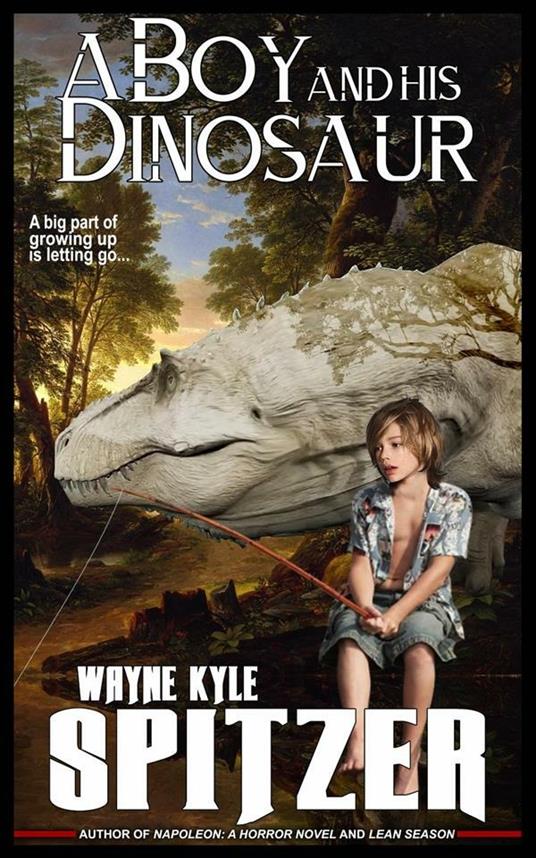 A Boy and His Dinosaur 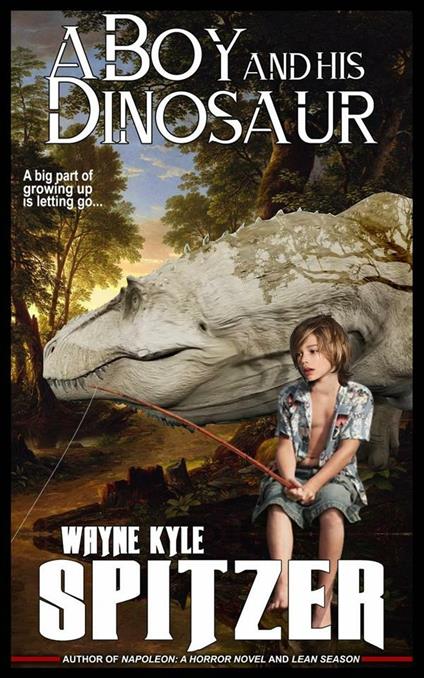 He just looked at me, his little fore-claws opening and closing—a kind of prehistoric hand-wringing, I supposed. And it occurred to me—not for the first time—that, at least in the short-term, I might be his only means of survival; that, indeed, if I didn’t feed him he might very well starve.

What did not occur to me, at least until he began sniffing the air between us and slowly moving toward me, is that I myself might be in danger—that, in lieu of more fish or perhaps even a big dragonfly, he might try kid. Might try lying little turd-wad who was going to start 7th grade next year. Might try Denial Boy who was still convinced his parents were marooned on a desert isle and would turn up any day.

Which is when, having begun backing away, I tripped over an above-ground root and fell, sprawling, onto my back, at which instant the animal’s snout darted for my head and I screamed—only to find, seconds later, that it had not attacked me at all … but begun licking me; yes, licking me, sliding its great, pebbly tongue up and down my face, slathering my cold cheeks in gooey spit, breathing into my nostrils—filling the world with dinosaur. Filling it with heat and musk and stench.

And filling it, too, with something else, something I’d been missing since the last time I’d seen my mother; a thing frowned upon in Grandma’s house (where the nape of the rugs always lay left to right and the plastic floor runners always gleamed and the books in their glass-faced cabinets always stood so silent, to be viewed and not read).

Mere touch. Mere contact. Mere things coming into contact with other things. Like what I felt for Jenny or even my favorite T-shirt and wool blanket—the one with the U.S.S. Enterprise on it—like what I felt for my plastic model kits and comic books and beat-up fishing pole (even though I never used it).

Something familiar, something secret. Something, I supposed, like love. Or what a boy could know of it.