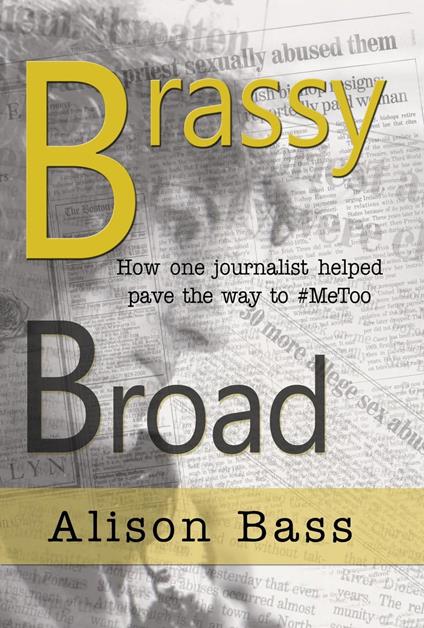 Alison Bass learned as a child to challenge the status quo. As an adult, she not only challenged, but smashed it as a scrappy outlier, establishing herself as a respected, award-winning investigative journalist in a male-dominated industry.

Bass grew up in Bryn Gweled, Pennsylvania, an unusual cooperative community founded by Quakers, where she gained a unique view of the world that compelled her to question everything but also be empathetic and open-minded about the answers she uncovered. The perfect combination for an investigative journalist. In 1989, Bass was the first reporter in the nation to write about how common it was for male psychiatrists to sexually abuse female patients. She was also the first reporter at The Boston Globe to write about the molestation of children by Catholic priests—a decade ahead of the Spotlight investigation chronicled in the 2016 movie that won the Academy Award for Best Picture.

Despite her success, Bass alienated her bosses with her assertive reporting style and refusal to take "no" for an answer. Editors at The Miami Herald in the early 1980s didn't know what to do with a "brassy northern broad." At The Boston Globe, she was denied a berth on the Spotlight team because she was considered too independent-minded for a woman.

Alison Bass' story is much more than how a sassy outsider became an investigative journalist despite the odds against her. Her perseverance in chipping away at the wall of male bias in how female victims are treated in the media helped pave the way to the #MeToo movement.