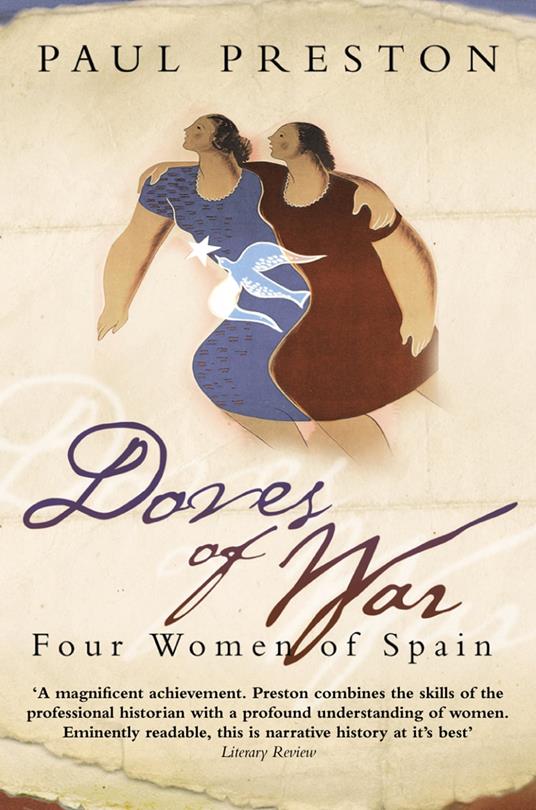 Doves of War: Four Women of Spain (Text Only) 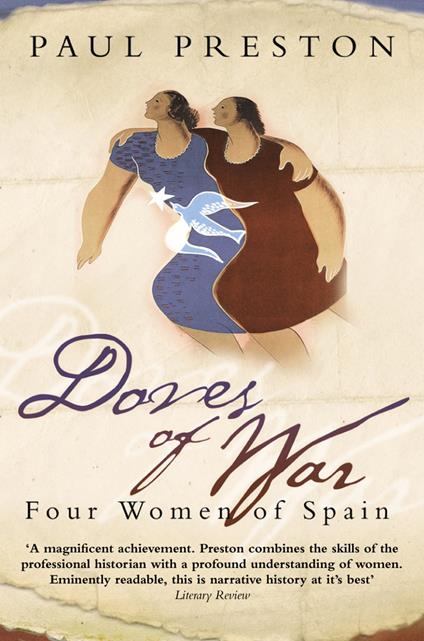 Love, war, duty, faith, betrayal and belief – a revolutionary new view of the Spanish Civil War through the eyes and experiences of the women who endured it, by the greatest historian of Spain: ‘Passionate and deeply moving. when Preston writes about these women, you feel as if you are in their company.’ Scotland on Sunday

‘Four extraordinary women whose personal histories should dispel any illusions that the Spanish Civil War was an all-male war.Written with a shrewd eye and a sure touch, the book is full of wonderful stories and acute observations. Above all, these are compellingly human dramas in which moral issues, right and wrong, Fascism and Communism, melt away.’ Sunday Telegraph

The Aristocrat: PIP SCOTT-ELLIS fell in love with a Spanish prince and set off for Madrid in a chauffeur-driven limousine. She ended up nursing in front-line Francoist hospitals.

The Communist: NAN GREEN, by contrast, travelled to war third class. Leaving her children behind in England, she went to fight for the International Brigade.

The Intellectual: MARGARITA NELKEN was an art critic and novelist, who had translated Kafka into Spanish. Denounced as a whore by the Catholic Right, she became a radical politician.

The Fascist: After her husband was killed in the fighting and miscarrying her baby on hearing the news, MERCEDES SANZ-BACHILLER set up a welfare organisation that was to change the face of Spain.

‘Preston has harnessed biography to serve history by vividly telling the stories of four very different women whose lives were starkly altered by the conflict. significant, tragic and remarkable’ Irish Times