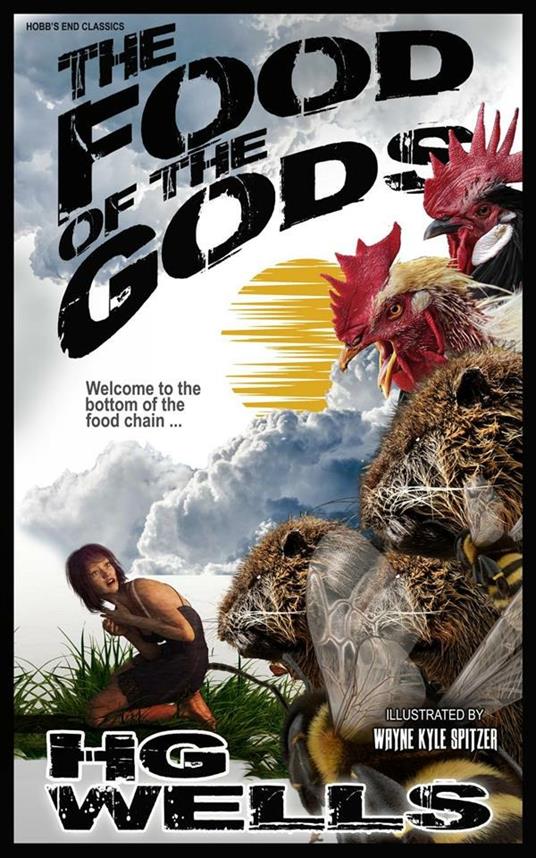 The Food of the Gods 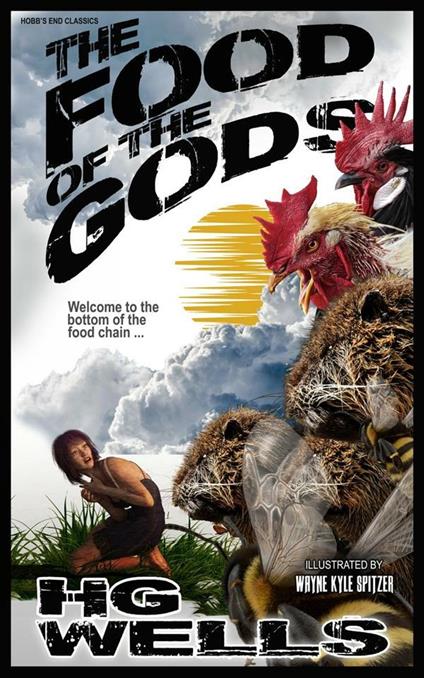 
The giant monster classic with a cover and interior illustrations by author and artist Wayne Kyle Spitzer
You know that intermittent drowsing as one sits, the drooping of the head, the nodding to the rhythm of the wheels then chin upon the breast, and at once the sudden start up again.

It seemed to the doctor he had heard a thin shrill squeal close at hand. For a moment he was quite awake. He said a word or two of undeserved rebuke to his horse, and looked about him. He tried to persuade himself that he had heard the distant squeal of a fox—or perhaps a young rabbit gripped by a ferret.

He felt he was getting fanciful. He shook his shoulders and told his horse to get on. He listened, and heard nothing.

Or was it nothing?

He had the queerest impression that something had just peeped over the hedge at him, a queer big head. With round ears! He peered hard, but he could see nothing.

He sat up with an idea that he had dropped into a nightmare, gave his horse the slightest touch of the whip, spoke to it and peered again over the hedge. The glare of his lamp, however, together with the mist, rendered things indistinct, and he could distinguish nothing. It came into his head, he says, that there could be nothing there, because if there was his horse would have shied at it. Yet for all that his senses remained nervously awake.

Then he heard quite distinctly a soft pattering of feet in pursuit along the road.