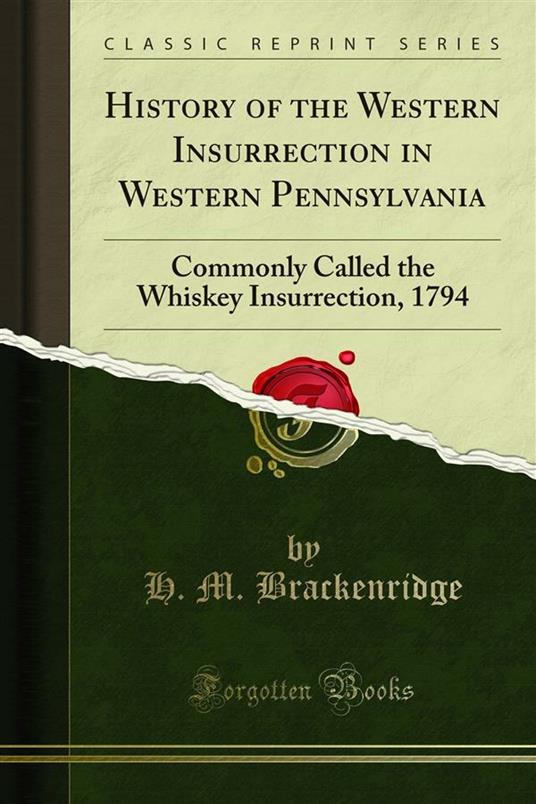 History of the Western Insurrection in Western Pennsylvania 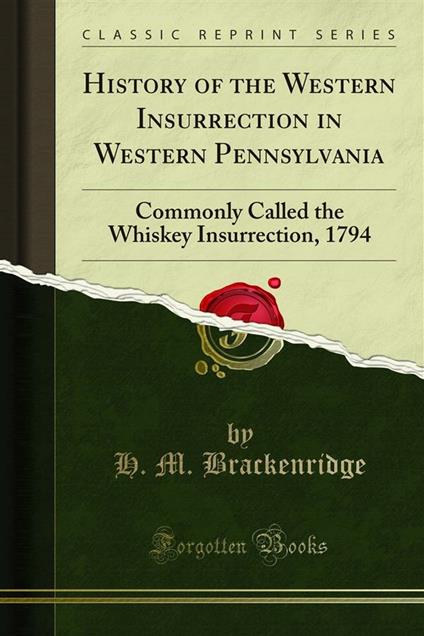 
Now, if the mere circumstance of addressing a letter to Bradford by the insurgent Brackenridge, was a ground of suspicion, what shall we say of the friendly letter addressed to that person by Major Craig, shortly before Bradford's ﬂight, as a self-convicted traitor, with all the wrongs done or intended to the Neville connection on his head? Could any one of the connection correspond with such a man, under any circum stances, without a disregard of all delicacy or propriety? There can be no excuse or apology for such an act; the only clue to it is the deep and deadly feeling of hatred to the insurgent Brackenridge. The ostensible motive for this revolting act, was to learn from Bradford whether the insurgent Brackenridge had manifested hostile feelings to Craig, personally, especially at Braddock's Field, in the committee of oﬂicers, and had spoken of him in a disrespectful manner. Was there no other person but the traitor Bradford to whom such inquiry could be ad dressed? The truth is too palpable — and sustains the conjecture of the Incidents — that the real design was to make a witness of Bradford against the supposed insurgent; and knowing his reckless disregard of truth, it was supposed he would say anything to save himself, through the powerful inﬂuence of the Neville connection. In this they were dis appointed; for, although Bradford, in his reply to Craig, said enough to gratify hate, yet the main and real Object, if the conjecture be correct, was not attained. Bradford dared not venture on the monstrous and self evident falsehood, of implicating the hated enemy of the N evilles, either as principal or accessory, in his treasonable designs Besides, he began to fear that his case was so peculiar in its atrocity, that he could not count with certainty, even with the aid of the most powerful inﬂuence, on being included in the amnesty, which he had Opposed, and then signed on the day. His case was beyond the power of mandragon or hellebore. He, therefore, ﬂed to Louisiana, then a Spanish province, where he shared largely of royal favor, in grants of land 1 I hope I have now done forever with the Neville connection and their representative.
Leggi di più Leggi di meno