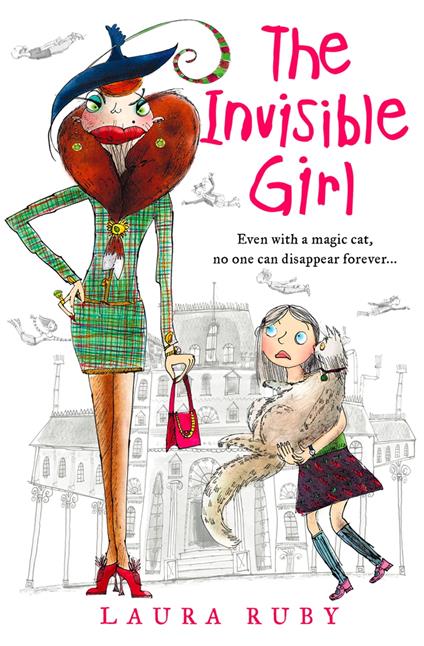 Step into a wildly imaginative world with an invisible girl, a flying boy and where being weird is brilliantly wonderful! A magically fantastical story from American author, Laura Ruby.

In a vast and sparkling city where nearly everyone can fly, 12-year-old Gurl is trapped. Orphaned and lonely, she believes she is nothing more than a flightless "leadfoot", until one fateful night when she discovers that she has the power to make herself invisible.

But even with this newfound talent, Gurl can't hide from a giant rat man with a taste for cats, a manipulative matron with a penchant for plastic surgery, and a belligerent boy named Bug.

Gradually, Gurl learns to control her power and teams up with Bug to figure out who and what she is. Their quest takes them on a wild ride where they confront mind-bending monkeys, an eccentric genius with a head full of grass and a pocket full of kittens and the handsome but lethal Sweetcheeks Grabowski – the gangster who holds the key to Gurl's past.and the world's future.