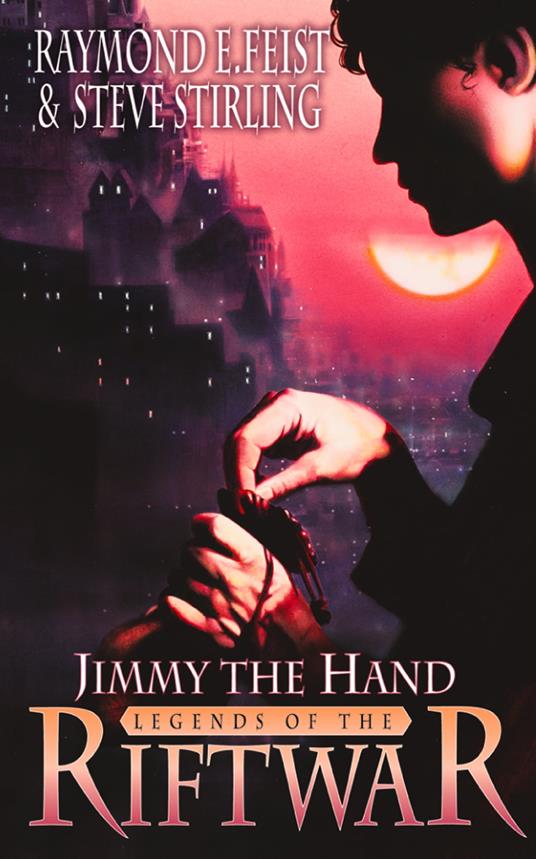 Jimmy the Hand (Legends of the Riftwar, Book 3) 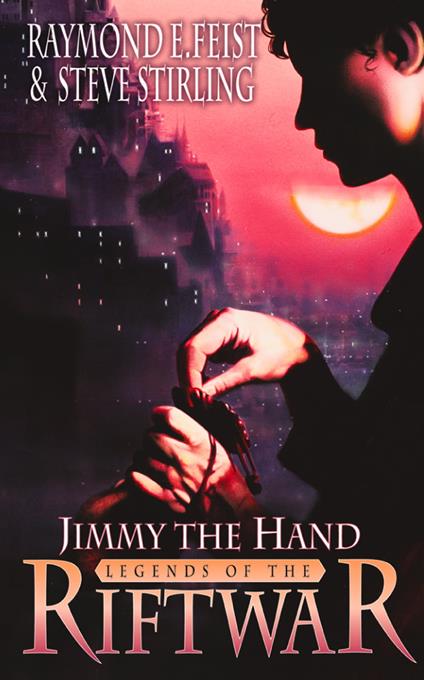 Jimmy the Hand, boy thief of Krondor, lived in the shadows of the city. The sewers were his byways and a flea-ridden, rat-infested cellar his home. Although gifted beyond his peers, he was still but a nimble street urchin, a pickpocket with potential. Until the day he met Prince Arutha.

Aiding the Prince in his rescue of Princess Anita from imprisonment by Duke Guy du Bas-Tyra, Jimmy runs afoul of Black Guy's secret police. Given the choice of disappearing on his own or in a weighted barrel at the bottom of Krondor's harbor, Jimmy flees the only home he's ever known, venturing south to the relatively safe haven of Land's End. Suspecting that the rural villagers have never encountered a lad with his talent and nose for finding wealth—other people's wealth—he's fairly optimistic about his broadening horizons. But Jimmy is completely unprepared for what greets him.

For Land's End is home to others who tread the crooked path, and more, to a much darker secret: a dangerous presence unknown even to the local thieves and smugglers. And Jimmy's youthful bravado and courage will plunge him deep into the maw of chaos and even—if he isn't careful—death.