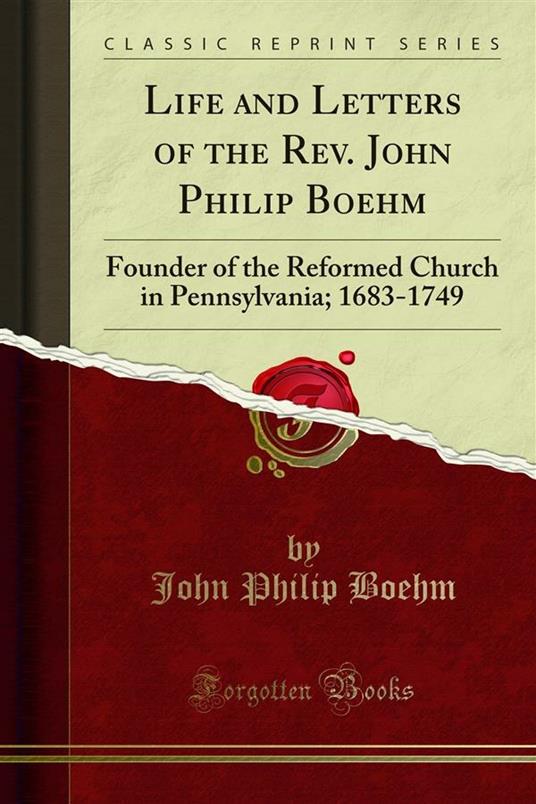 Life and Letters of the Rev. John Philip Boehm 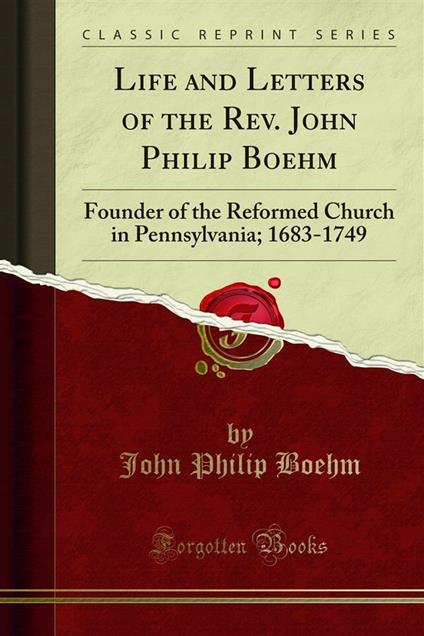 
The publication of this volume is not the first evidence which the old Mother Synod of the Reformed Church in the United States has given of her interest in the preservation of her history. As early as 1817, the president of Synod, Rev. Wm. Hendel, Sr., proposed that an investigation be made into the origin and growth of Synod, and that a historical statement regarding it be printed. As a result, Synod appointed the presi dent, the clerk, John Henry Hoffmeier and Caspar Wack, Sr., a committee to prepare such a sketch, print it and sell 5000 copies of it (minutes, 1817, p. A member of the commit tee (no doubt the chairman, Mr. Hendel, then remem bered that he had in his possession a copy of Michael Schlat ter's Diary in Dutch, which had been published by the Classis of Amsterdam in 1751. Of this document the committee gave a short summary, covering six and a half pages, which was printed as an appendix to the minutes of 1817 (pp. 14-20) and 3000 separate copies were issued, because, as the committee reported in the following year, there was no evidence of a desire for a larger number. (minutes, 1818, p.
Leggi di più Leggi di meno