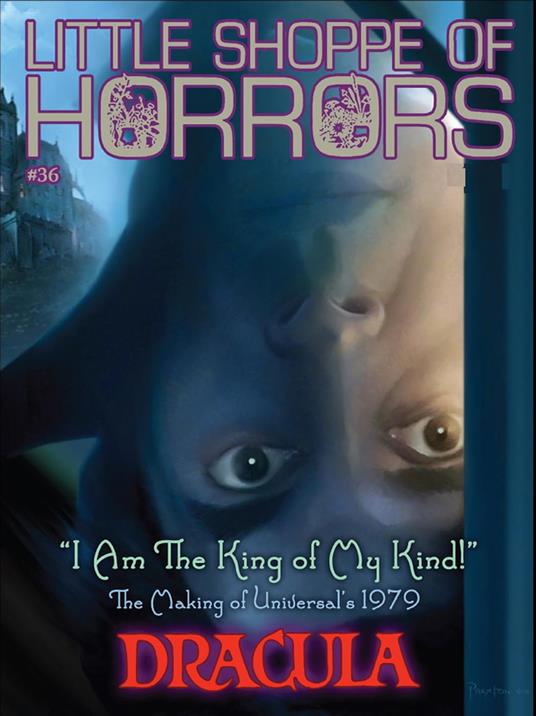 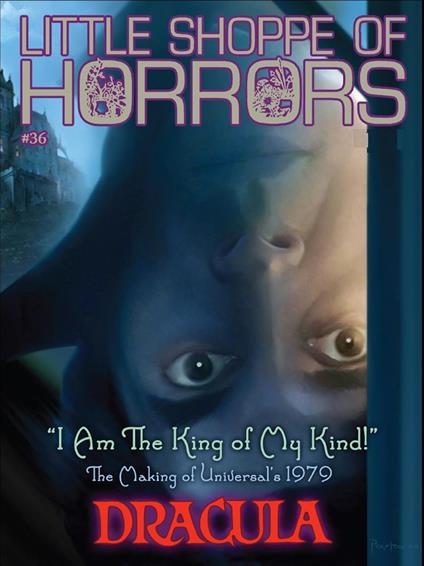 I AM THE KING OF MY KIND"

The Making of Universal's 1979 Dracula.

In 1979, Universal Studios and producer Walter Mirisch, going from the massive success of the revival of Dracula on Broadway, with Frank Langella as the Count, committed themselves to a big budget, opulent, version of both the play and the novel. From that came a beautiful, wonderfully presented and acted Gothic horror-romance.

In LITTLE SHOPPE OF HORRORS #36, we present an in-depth study of how the play came about that lead to the film. And a complete production history of the filming.

Spearheading this is filmmaker and historian Constantine Nasr, who has gone way above and beyond to assemble a fascinating history of play and movie. He has interviewed:

- John Badham (Director, who has also opened up his personal scrapbooks to us)

- W.D. (Rick) Richter (Screenwriter, who let us borrow his hand written scripts and script notes/production meeting with Mirisch and Badham).

PLUS – Stand alone interviews with