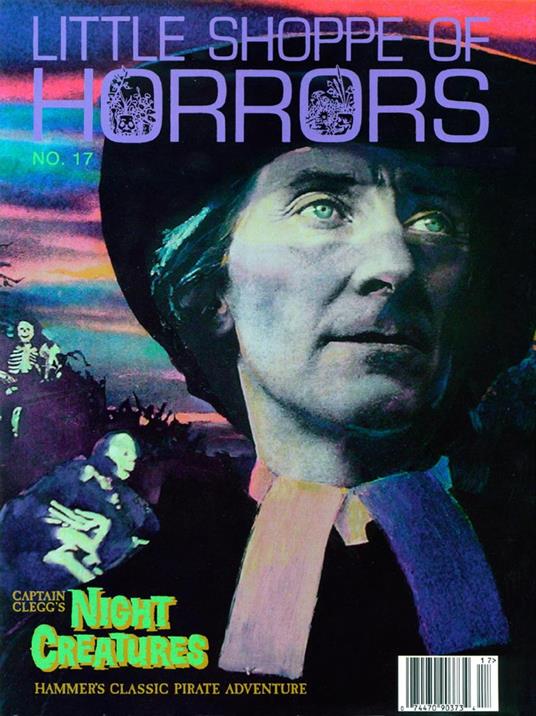 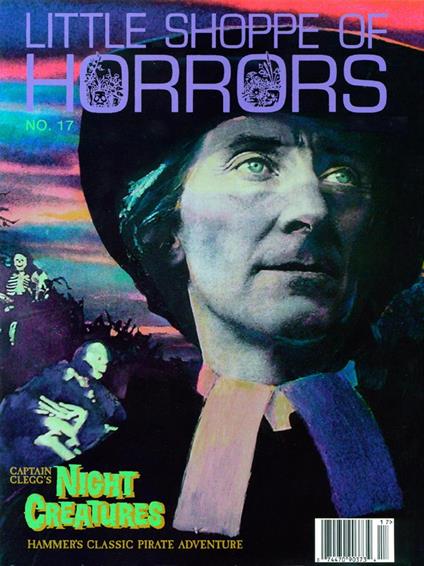 The best of Hammer's pirate adventures

This 1961 classic blends a mixture of the supernatural (those marsh phantoms) and great action. With Peter
Cushing, Patrick Allen, Oliver Reed, Yvonne Romain and Michael Ripper.
It remains one of Hammer's greatest films!

* Peter Cushing wrote his own Dr. Syn script at the time! Wayne Kinsey and
producer John Temple Smith talk about this forgotten treasure.

* "The Horrible Historie of Dr. Syn".

(TASTE THE BLOOD OF DRACULA & BLOOD ON SATAN'S CLAW)

Behind the Scenes at Hammer:

and how Hammer filmed their horrors!

Hyman and his father were the secret powers

behind the throne at Hammer. Find out about the inside
dealings during Hammer's heyday.

* "The Corporate House of Hammer"

To keep the company afloat
Hammer played many business games and operated under many different company names. Wes Walker takes you behind the scenes on the business history of our favorite horror film company.

* Hundreds of rare photographs including many behind-the-scenes

Back Cover painting by Norm Bryn