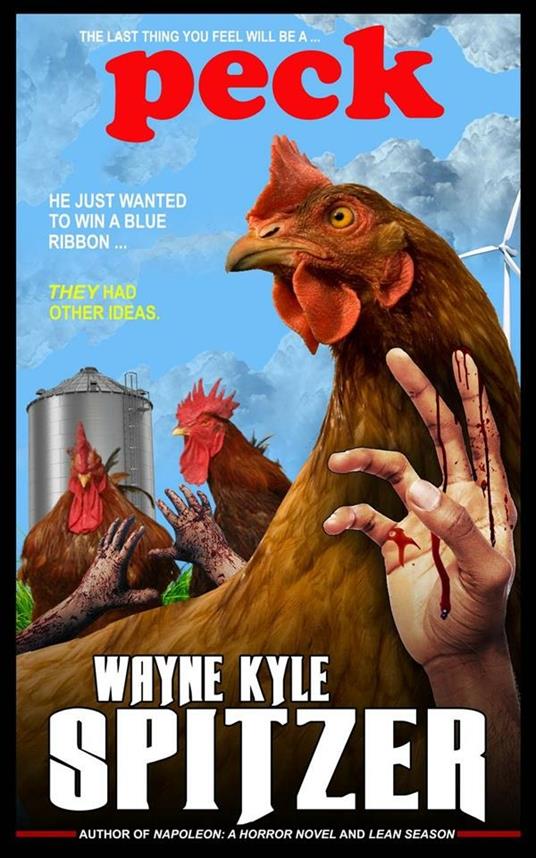 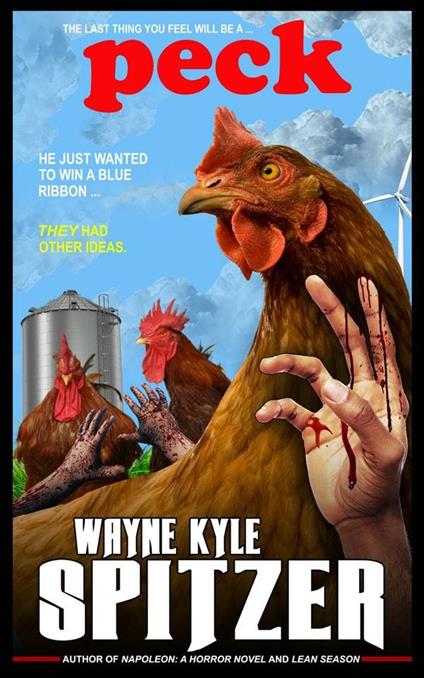 
I entered the building—which, despite its name, was just another steel barn—from the east, taking out my Maglite and turning it on. The chickens were there; sleeping (I presumed), although it was hard to tell with animals who routinely slept with one eye open (as they had often done on my grandfather’s farm, an evolutionary adaptation, he’d explained, that allowed them to rest while also watching for predators). I suppose that’s when I first noticed it, the fact that the chickens seemed bigger (I mean, bigger even than earlier in the day), more robust, and that their combs seemed more colorful—not brighter, per say, but deeper, redder, more fearsome, somehow. Yes, I decided, sweeping the Maglite’s beam across them, stirring them not at all, they were definitely sleeping. I swiveled to inspect the other pen, the one on the other side of the walkway—and promptly froze. For there was a chicken—a great, golden rooster—staring back at me through the mesh. Just staring, his amber yet bloodshot eyes gleaming. And so startling and unexpected was this that I recoiled virtually immediately and gripped the Maglite tighter—ready, on pure instinct, to use it as a bludgeon—before turning and exiting the structure, wondering why I had been so compelled to go there in the first place and why too I had napped and dreamed of chicken shopping in the hours right before work; a dream in which I’d reached for a package of breasts and realized that what was pressing against the clear plastic was not chicken at all but a human face.
Leggi di più Leggi di meno