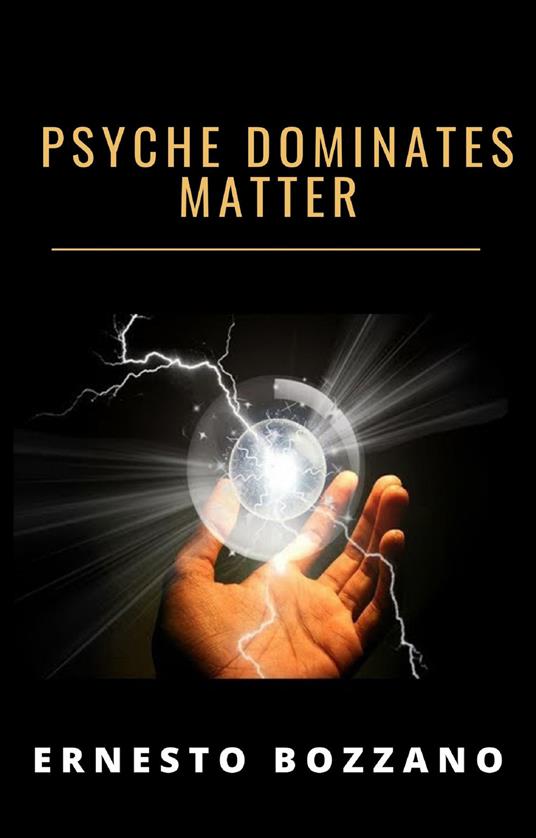 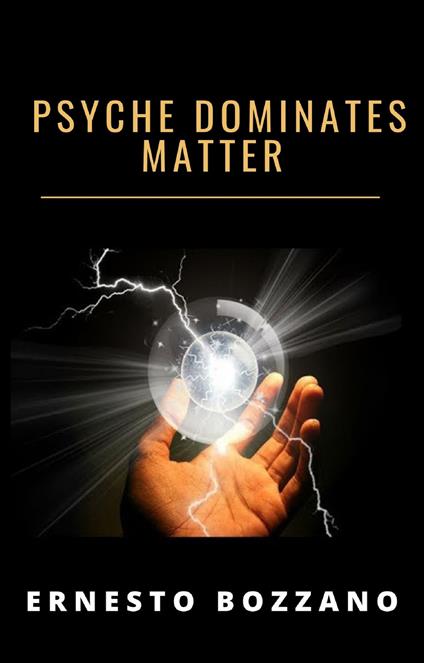 - This edition is unique;
- The translation is completely original and was carried out for the Ale. Mar. SAS;
- All rights reserved.

In the chronicles of all times and in the traditions of all peoples, whether civilised, barbarous or savage, there are constant accounts of strange events, according to which, during the period of the pre-agonal crisis, or shortly after death, there are often unexplored physical phenomena which - among civilised peoples - consist mostly of pictures falling spontaneously, clocks stopping at the precise hour of death, mirrors cracking, bells ringing out, and so on. Now, as it is undoubtedly the case that such events are repeated with relative frequency in civil society, to the extent that there are very few who do not remember examples of them in their personal experience, any objection regarding the reality of the events themselves is excluded; hence the opportunity to investigate them systematically, applying to them the methods of scientific investigation of "comparative analysis" and "convergence of the evidence", with the aim of somehow clarifying their genesis. And if the hypothesis of "chance coincidences" were to be ruled out, then such manifestations, despite their banal appearance, would assume a high theoretical value in the spiritualist sense. This is due to a number of considerations, the chief of which is this: that the physical action exercised in such contingencies is without limit of distance, and consequently cannot be considered of a purely mechanical nature, all the more so since it is very often exercised over a designated object, which could not take place without the concurrence of a directing will; or, in other words, without the presence, or the intervention in any other factual manner, of the spiritual entity involved; or, without the presence, or the factual intervention at a distance, of extrinsic spiritual entities; which should be inferred in circumstances where phenomena of this kind precede the event of death by several days, assuming a premonitory character. This monograph was first published in the journal Luce e Ombra, 1922, and comprised 46 pages of text. It was then updated by the author and it is in this final draft that the monograph is now presented. The title of The Phenomena of Telekinesis in Relation to Death Events, being too technical and suitable only for Metapsychic scholars, was changed to the more generic but more comprehensive Psyche Dominates Matter. For, as has been said, the phenomena in question - whether clocks that stop or start in relation to death events, or bells that ring, or pictures that fall, or objects that move - represent an aspect of that fundamental truth, highlighted by metapsychics, that Psyche dominates Matter. From his examination of the case histories, the author arrives at general conclusions, demonstrating how even a fairly common class of phenomena leads us to conclude that the human person survives.