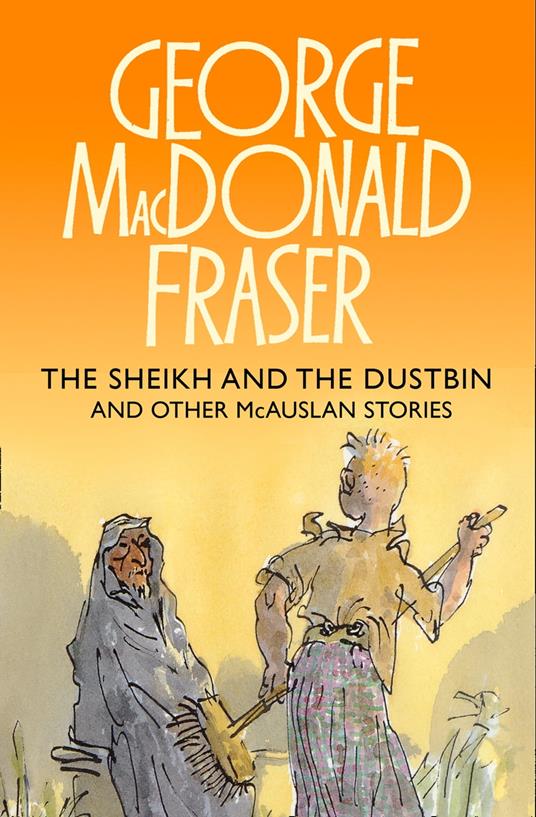 Sheik and the Dustbin 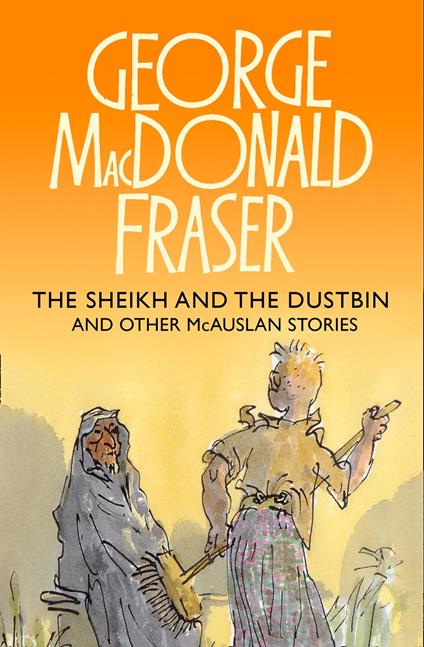 Private McAuslan was ‘the biggest walking disaster to hit the Army’. Loosely based on his own experiences in a Scottish regiment, and written with rare humour, a sense of the ludicrous and real affection for soldiering, this is the third volume of George MacDonald Fraser’s McAuslan trilogy.

Private McAuslan’s admirers already know him as court-martial defendant, ghost-catcher, star-crossed lover and golf caddie extraordinary; in this third and final volume of army memoirs he appears as the most unlikely of batmen to his long-suffering protector and persecutor, Lieutenant Dand MacNeill; as guardroom philosopher and adviser to the leader of the Riff Rebellion; and even as Lance Corporal McAuslan, the Mad Tyrant of Three Section! Whether map-reading his erratic way through the Sahara by night or confronting Arab rioters, McAuslan's talent for catastrophe is as sure as ever.

Private McAuslan, J., The Dirtiest Soldier in the World (alias the Tartan Caliban) first demonstrated his unfitness for the service in THE GENERAL DANCED AT DAWN. He continued his disorderly advance, losing, soiling or destroying his equipment, through the pages of McAUSLAN IN THE ROUGH. Finally, THE SHEIKH AND THE DUSTBIN pursues the career of the great incompetent as he bauchles (see Glossary) across North Africa and Scotland, swinging his right arm in time with his right leg and tripping over his untied laces.

Based on MacDonald Fraser’s own experiences in the Border Regiment and the Gordon Highlanders, which took him to India, Africa and the Middle East, these stories demonstrate the celebrated author of the swashbuckling FLASHMAN series at his hilarious best.