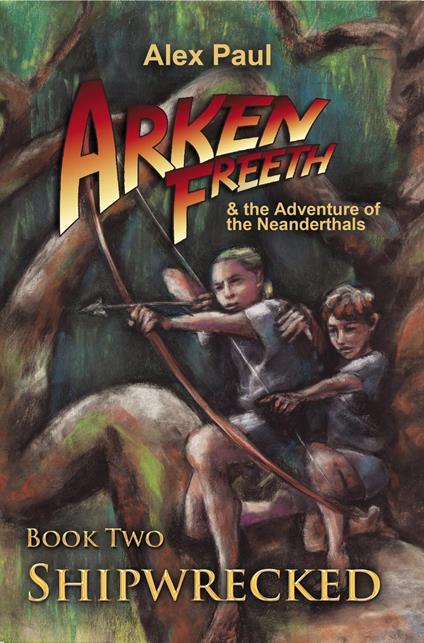 
As war looms like an evil shadow over the world. Arken Freeth must save his crewmates' lives as they traverse a deadly jungle filled with massive wolves and sabertooth cats.

In the age before the Great Flood, 13,000 years ago, a new alliance between the nations of Lanth and Tolaria is threatened by pyramid-building Amarrats out to conquer and enslave the world.

Fourteen-year-old Arken Freeth is swept up in the conflict when his Lantish Military Academy training ship is attacked by pirates and runs ashore. He and six classmates are the only survivors of the shipwreck, and they struggle to live in a jungle filled with saber-tooth cats, dire wolves, mammoths, and mastodons.

Arken has salvaged a necklace from the wreck--a necklace that bestows the gift of prophecy. If Arken can get it to the King of Lanth, he will turn the tide of war.

SeaJourney kicks off an epic and fantastical adventure that is a great read for all ages.

*Start reading Alex Paul's adventure series today with Book 1, SeaJourney. You can also sign up for Alex's newsletter at his Arken Freeth website to hear the latest on forthcoming books in the series.*