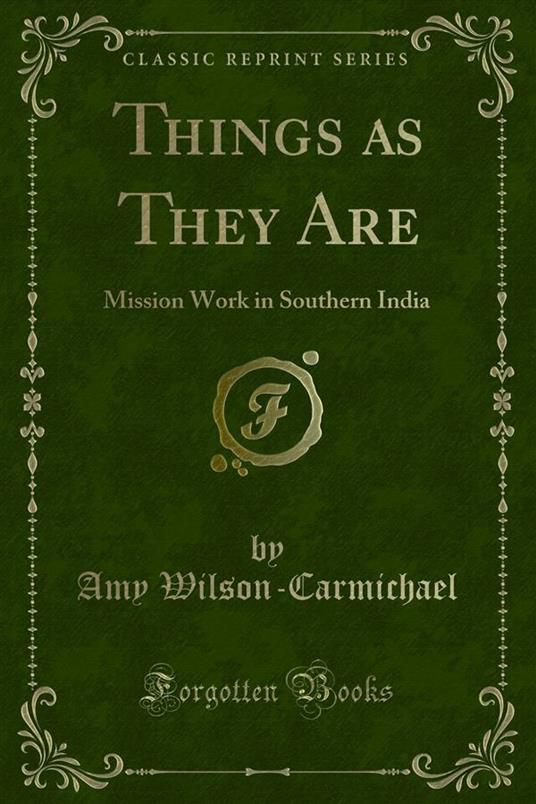 Things as They Are

Things as They Are 90 punti Effe Venditore: IBS 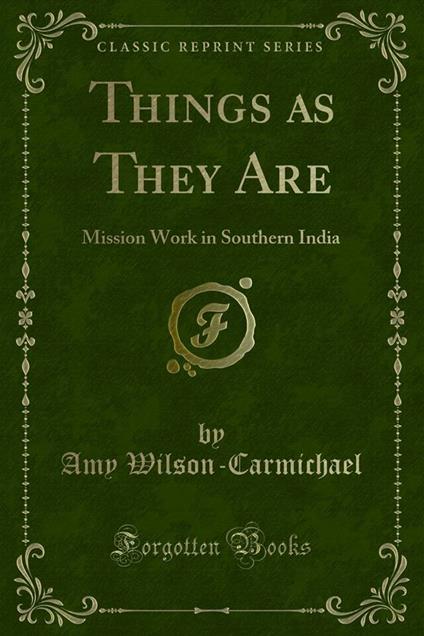 Within a few weeks of the publication of Things as They Are, letters were received from missionaries working in different parts of India, confirming its truth. But some in England doubt it. And so it was proposed that if a fourth edition were called for, a few confirmatory notes, written by experienced South Indian missionaries, other than those of the district described, would be helpful. Several such notes are appended. The Indian view of one of the chief facts set forth in the book is expressed in the note written by one who, better than any missionary, and surely better even than any onlooker at home, has the right to be heard in this matter - and the right to be believed.

And now at His feet, who can use the least, we lay this book again; for "to the Mighty One," as the Tamil proverb says, "even the blade of grass is a weapon." May it be used for His Name's sake, to win more prayer for India - and all dark lands - the prayer that prevails.

I have felt for many years that we missionaries were far too prone to dwell on what is called "the bright side of mission work." That it has a bright side no one can question. That it has a "dark" side some do question; but I for one, after thirty years of experience, know it to be just as true as the bright side is true. I have heard Miss Carmichael's book denounced as "pessimistic." Just what is meant by that I am not quite sure; but if it means that what she has written is untrue, then I am prepared to say that it is hot pessimistic, for there is not a line of it that cannot be duplicated in this Telugu Mission.
Leggi di più Leggi di meno