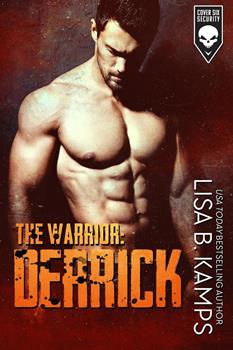 These men never back away from danger—and always fall hard for love in Cover Six Security, an explosive new series from USA Today Bestselling Author Lisa B. Kamps.

Derrick "Chaos" Biggs lives mostly in the shadows, tethered by nothing more than a deep-seated code of honor and the knowledge that his actions are for the greater good. A failed mission forces him to walk away from his former life and he finds a new purpose working with Cover Six Security. The rules aren't quite as loose, the work is just as satisfying--and there's no chance of his soul being swallowed by the darkness of his past. Or so he thinks...

Lidiya Stephenson is caught between two worlds: one of her own making, and one born of the sins of her grandfather. When she's threatened by the secrets of his past, she turns to the only person she dares to trust, an online colleague she knows only as Chaos.

Trust is a valuable commodity, one in short supply as the couple navigates a confusing maze of secrets and deceit while fighting their searing attraction for each other. But time is running out and when someone decides that the secrets must die with Lidiya, Chaos is thrust back into the shadow world he's come to hate. Only this time, he won't be able to walk away--not without risking his sanity, his heart...and their lives.