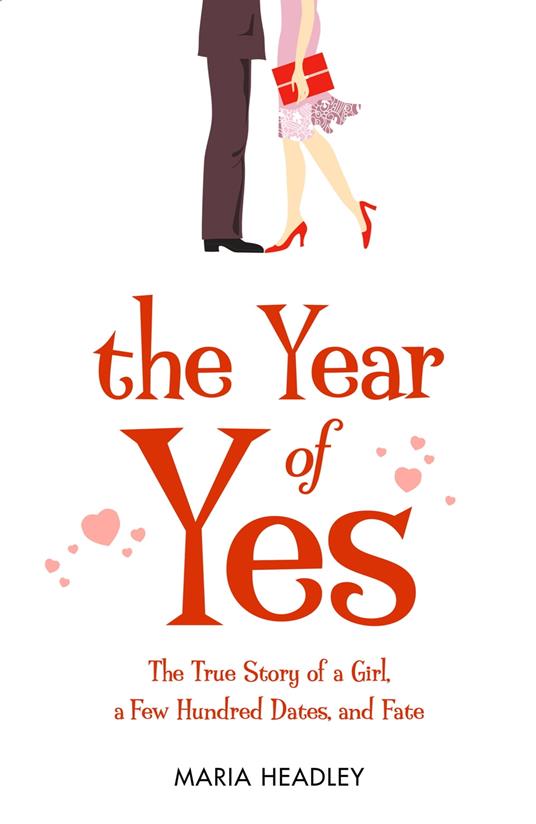 Year of Yes: The Story of a Girl, a Few Hundred Dates, and Fate 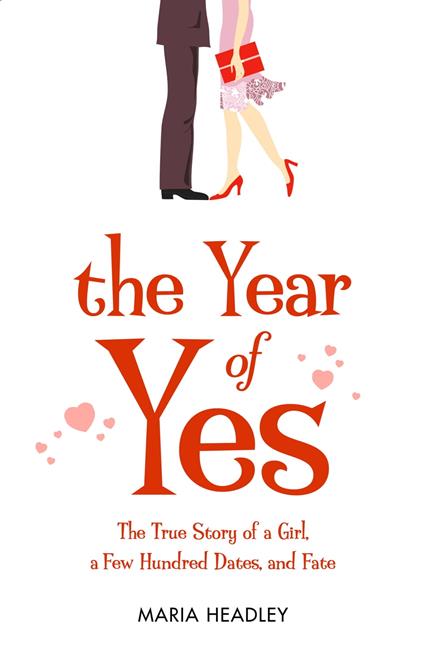 Headley, a wise-cracking New York City girl with as much wit as any character on Sex and the City, is jaded and cynical about men in New York. She vows to say yes to any and every person who asks her out – a taxi driver, a homeless man – you name it, she'll say yes for an entire year. By the year's end, she meets the man she eventually marries.

‘The Year of Yes’ is the hilarious and hopeful true account of one woman’s quest to find a man she can stand (for longer than a couple of hours). Frustrated by her own pitiful taste, writer Maria Headley decided to leave her love life up to fate, going out with everyone who asked her: homeless men, taxi drivers, and yes, even a couple of women. Opening her heart and mind to the possibility that her perfect match might be the person she least expects, she spent 12 months dating most of New York City, and beyond, including:

JARZHE: A Microsoft Millionaire who still lived with his mother
THE ROCKSTAR: A young homeless man who believed himself to be Jimi Hendrix
IRA: Her high school nemesis, whom she’d spent seven years rejecting
THE MIME: A man in the Marceau Mold who proposed with hand gestures
CHUPA CHUPA: A 70-year-old neighborhood eccentric who spoke only Spanish

And finally, a man whose baggage should have taken him off her list – at least until ‘The Year of Yes’ taught her what was really important: love and perseverance always wins in the end.