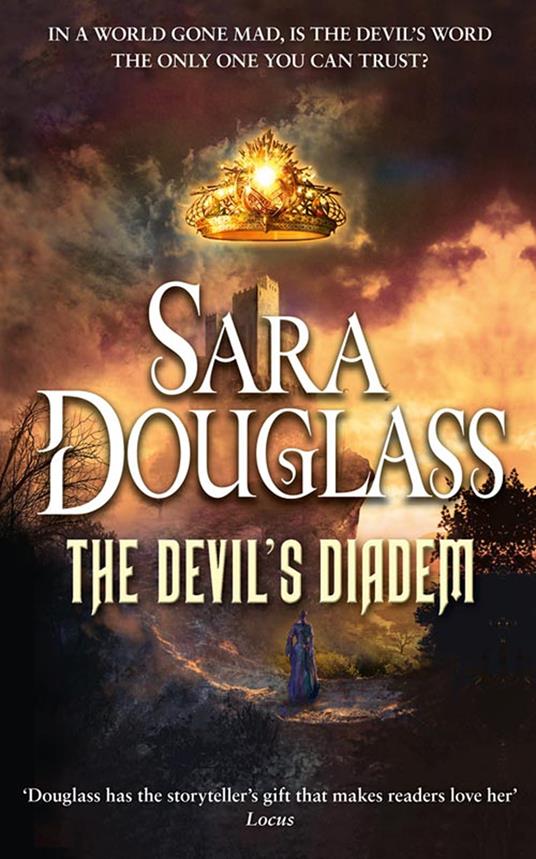 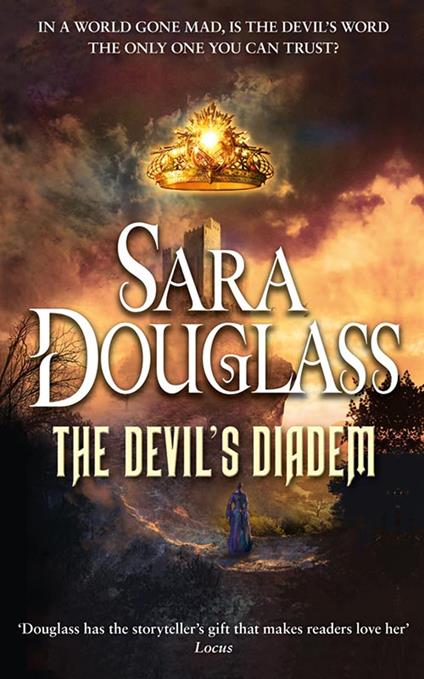 Sara Douglass has won legions of fans around the world for her epic tales of sorcery, forbidden love, and heart-pounding action. Now, with the The Devil’s Diadem, she reveals her biggest adventure yet.

In a world gone mad, is the Devil’s word the only one you can trust?

A foolish monk stole the devil’s favourite diadem and the devil wants it back.

It is mid-twelfth century Europe and Maeb Langtofte joins an aristocratic household to attend Adelie, the wife of the Earl of Pengraic. The earl is a powerful Lord of the Marches, the dark Welsh borderlands.

Then a plague that has swept Europe overtakes England and as life descends into chaos and civil disorder, Maeb is about to discover that the horrors she survived at Pengraic Castle were but a prelude to the terrifying maelstrom which now envelops her and all of her countryfolk.

Hell has come to desecrate England, and the only thing that can possibly foil its plans are the wits of one lonely, isolated and terrified woman.