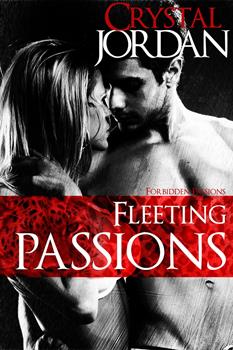 Love is the only thing she can't escape.

Ecstatic that she's found a place to hide—and a job—at Refuge Resort, Cleo Nemean toasts her escape a few too many times and ends up having a one-night stand with a seriously hot leopard shifter. The catch? It's Adrian Leonidas, her new boss.and they accidentally mark each other as mates.

Nothing could be worse than losing her hard-won freedom. Until her werebear ex, Trevor, tracks her down. His obsession has already cost one life. Determined to never again be the cause of another death—especially Adrian's—she flees the safety of the refuge. And her new mate's protection.

Only Cleo has ever caused Adrian to lose his formidable control. Accidental or not, the lovely lion shifter is now his woman. He's not about to let anything harm her before they've explored the undeniable heat between them. There's only one way to eliminate the threat to her life: use her as bait to lure Trevor into a trap.

When the trap is sprung too soon, however, there's no time to wonder if whoever tipped Trevor off is tied to his father's disappearance. Not when there's a gun pointed at Cleo's head.