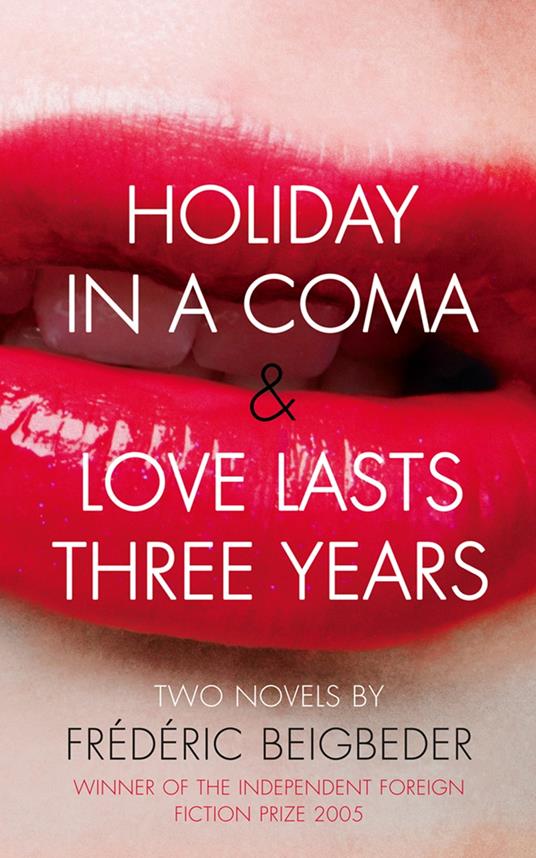 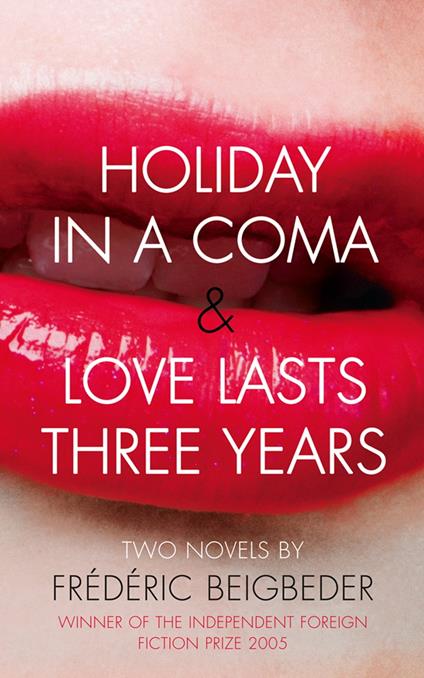 One night in a Parisian nightclub and the aftermath of a marriage provide the stories for these two novels by Frederic Beigbeder, award-winning author of ‘Windows on the World’.

In ‘Holiday in a Coma’, Marc Marronnier, a shallow, superficial, rich Parisian who works as an advertising executive, is invited by his old friend to the opening of a new nightclub called The Shitter (a satirical take on the famous Paris nightclub Les Bains Douche). Taking place over a single unforgettable night, the novel documents everything from the pit-bull bouncer on the door, to the drugs, cocktails and wannabes who frequent the club, and Marc’s attempts to seduce a catwalk model – any one will do. A catalogue of degeneracy, drugs, sex and decibels, ‘Holiday in a Coma’ is written with a fury and passion that reflect the author's own relationship with a world and he both loves and loathes.

In ‘Love Lasts Three Years’, Marc Marronnier has just been divorced and – shallow opportunist that he is – has decided to write a book about it. He has a theory that love lasts no more than three years, and here – recounting the highs and lows of his marriage and taking us through brash nightclubs, vainglorious offices and soulless designer apartments – he brings to bear the theoretical and the empirical to prove his point. Both frightening and funny, the book reads like a diary: sometimes tender and real, sometimes fantastical and cruel, peppered with Beigbeder’s acerbic one-liners and trademark wit.