To celebrate Paddington Bear's 60th birthday in 2018 this hilarious classic novel from master storyteller Michael Bond has been given a fresh new look. Paddington is now a major movie star! "Congratulations on passing your driving test!" said the examiner, grimly. Who would have thought it possible when he has just sat on Paddington's marmalade sandwiches and been driven into the car in front? But then, he hasn't tested many bears before. For nearly sixty years, Paddington Bear has touched the hearts of adults and children worldwide with his earnest good intentions and humorous misadventures.
Leggi di più Leggi di meno 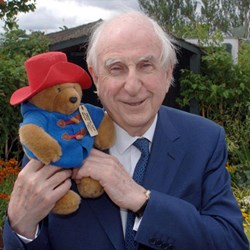