Shakespeare: The Invention of the Human


Harold Bloom, the doyen of American literary critics and author of The Western Canon, has spent a professional lifetime reading, writing about and teaching Shakespeare. In this magisterial interpretation, Bloom explains Shakespeare's genius in a radical and provocative re-reading of the plays. How to understand Shakespeare, whose ability so far exceeds his predecessors and successors, whose genius has defied generations of critics' explanations, whose work is of greater influence in the modern age even than the Bible? This book is a visionary summation of Harold Bloom's reading of Shakespeare and in it he expounds a brilliant and far-reaching critical theory: that Shakespeare was, through his dramatic characters, the inventor of human personality as we have come to understand it. In short, Shakespeare invented our understanding of ourselves. He knows us better than we do: 'The plays remain the outward limit of human achievement: aesthetically, cognitively, in certain ways morally, even spiritually. They abide beyond the end of the mind's reach; we cannot catch up to them. Shakespeare will go on explaining us in part because he invented us... ' In a chronological survey of each of the plays, Bloom explores the supra-human personalities of Shakespeare's great protagonists: Hamlet, Lear, Falstaff, Rosalind, Juliet. They represent the apogee of Shakespeare's art, that art which is Britain's most powerful and dominant cultural contribution to the world, here vividly recovered by an inspired and wise scholar at the height of his powers.
Leggi di più Leggi di meno 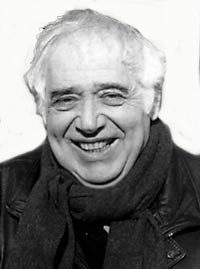