Frank McCourt continues his life story in the brilliant, bestselling sequel to the million-selling 'Angela's Ashes'. 'Angela's Ashes' was a publishing phenomenon. Frank McCourt's critically-acclaimed, lyrical memoir of his Limerick childhood won the Pulitzer Prize, the National Book Critics' Circle Award, the Royal Society of Literature Award and the Los Angeles Times Book Award amongst others, and rapidly became a word-of-mouth bestseller topping all charts worldwide for over two years. It left readers and critics alike eager to hear more about Frank McCourt's incredible, poignant life. ''Tis' is the story of Frank's American journey from impoverished immigrant with rotten teeth, infected eyes and no formal education to brilliant raconteur and schoolteacher. Saved first by a straying priest, then by the Democratic party, then by the United States Army, then by New York University - which admitted him on a trial basis though he had no high school diploma - Frank had the same vulnerable but invincible spirit at nineteen that he had at eight and still has today. And ''Tis' is a tale of survival as vivid, harrowing, and hilarious as Angela's Ashes. Yet again, it is through the power of storytelling that Frank finds a life for himself. 'It is only the best storyteller who can so beguile his readers that he leaves them wanting more when he's done. McCourt proves himself one of the very best' (Newsweek). 'With 'Tis', McCourt blesses his readers with another chapter of his story, but as it closes, they will want still more.
Leggi di più Leggi di meno 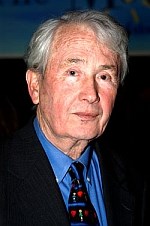