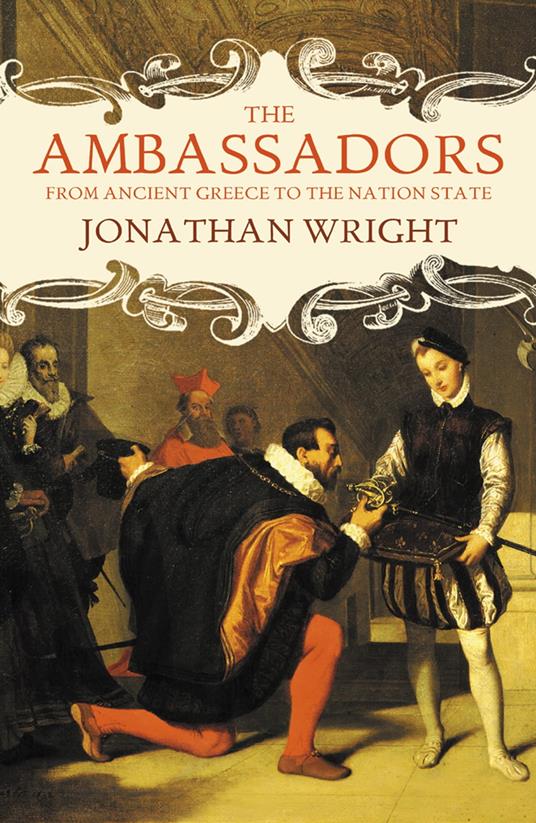 Ambassadors: From Ancient Greece to the Nation State 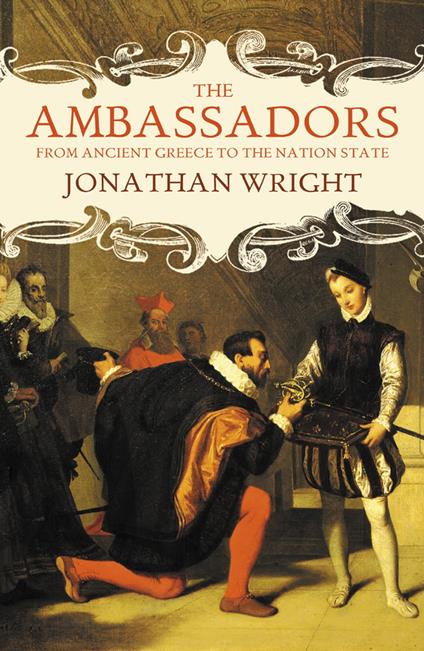 An authoritative and entertaining account of the earliest ambassadors, who were at once diplomats, explorers and chroniclers of exotic civilisations.

In this book of extraordinary journeys and epochal encounters, Jonathan Wright traces the ambassadors’ story from Ancient Greece and Ashoka’s empire in India to the European Enlightenment and the birth of the nation state. He shows us Byzantine envoys dining with Attila the Hun, 13th-century monks journeying from Flanders to the Asian steppe, and Tudor ambassadors grappling with the chaos of Reformation. He examines the rituals and institutions of diplomacy, asking – for instance – why it was felt necessary to send an elephant from Baghdad to Aachen in 801 A.D. And he explores diplomacy’s dangers, showing us terrified, besieged ambassadors surviving on horsemeat and champagne in 1900s Beijing.

Wherever they journeyed, ambassadors reported back on everything they encountered – from moralities and myths to the plants and animals, fashions and foods of the countries in which they found themselves. Exchanging ideas and commodities, they enabled countries and civilisations to get acquainted in sometimes unpredictable ways.

Whether discussing the replacement of the roving by the resident ambassador or the subjects of the diplomatic immunity, gift-giving, intelligence-gathering and extraterritoriality, the author has fresh and intriguing things to say. For ambassadors, as much as any conqueror, merchant or explorer, have helped to write the human story.