American Theology, Superhero Comics, and Cinema: The Marvel of Stan Lee and the Revolution of a Genre 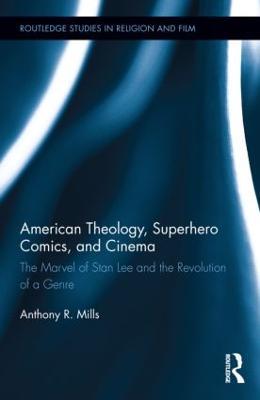 American Theology, Superhero Comics, and Cinema: The Marvel of Stan Lee and the Revolution of a Genre Anthony Mills
€ 136,50
Ritirabile presso:

Stan Lee, who was the head writer of Marvel Comics in the early 1960s, co-created such popular heroes as Spider-Man, Hulk, the X-Men, the Fantastic Four, Iron Man, Thor, and Daredevil. This book traces the ways in which American theologians and comic books of the era were not only both saying things about what it means to be human, but, starting with Lee they were largely saying the same things. Author Anthony R. Mills argues that the shift away from individualistic ideas of human personhood and toward relational conceptions occurring within both American theology and American superhero comics and films does not occur simply on the ontological level, but is also inherent to epistemology and ethics, reflecting the comprehensive nature of human life in terms of being, knowing, and acting. This book explores the idea of the "American monomyth" that pervades American hero stories and examines its philosophical and theological origins and specific manifestations in early American superhero comics. Surveying the anthropologies of six American theologians who argue against many of the monomyth's assumptions, principally the staunch individualism taken to be the model of humanity, and who offer relationality as a more realistic and ethical alternative, this book offers a detailed argument for the intimate historical relationship between the now disparate fields of comic book/superhero film creation, on the one hand, and Christian theology, on the other, in the United States. An understanding of the early connections between theology and American conceptions of heroism helps to further make sense of their contemporary parallels, wherein superhero stories and theology are not strictly separate phenomena but have shared origins and concerns.
Leggi di più Leggi di meno