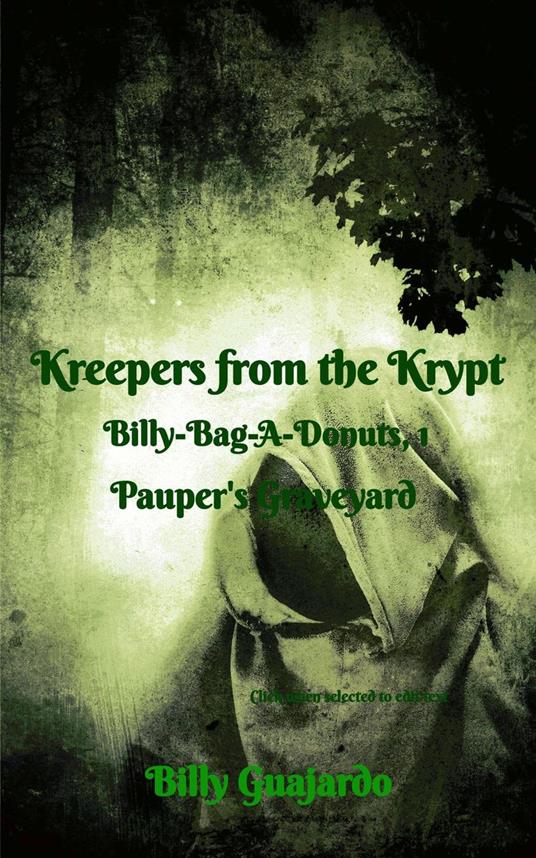 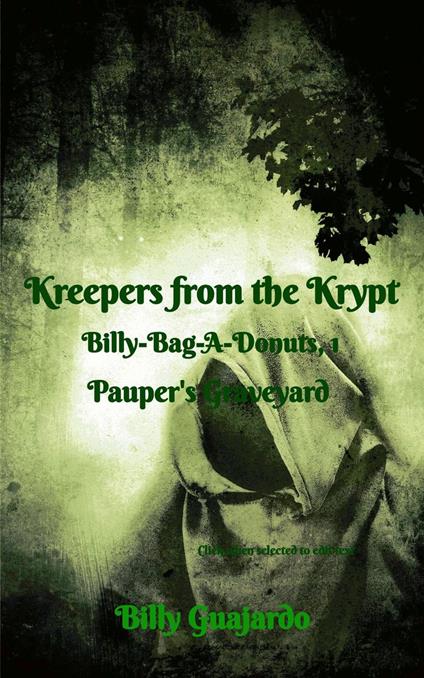 Story about a Mobster named Billy-Bag-A-Donuts. He will walk into a Bank, which in turn will change the lives of many. Numerous Henchmen will fall victim in a Gunfight with both FBI and Police. Both of them will fall victim to Twelve Heartless, Well-Known Mobsters. A dark ball of dust will rise from the middle of the street behind each dead Mobster. But it will never end? Billy will keep coming back from a place on the other side. A place where they buried him cannot keep him in he ground, nor his friends. A place where most bad men end up. In a Pauper's Graveyard.

A dark fantasy about a Mobster, FBI Agents, Gunfight, Graveyard, Ghosts and Eleven Hooded Henchmen. Each e-book has anywhere from 25000 to 46000 words. I have written a short series on Billy-Bag-A-Donuts Behalf. All will fall beneath Kreepers from the Krypt Brand Name!

A Series of Dark Novella E-Books, and Paperbacks

Dark Villains, Creepy Beings and Deathly Ghosts. A serenade of stories for those that love scary, nail-biting characters. The kind I believe make the hair on your neck stand at attention?

For instance one story is about a mobster named Billy Bag-A-Donuts. A man with a hunger for anybody's money. Money, he will steal from a neighborhood bank. A gangster that will send Federal Agents and Local Police after him. Although, it will end badly for both good and evil sides. An infamous shootout will take countless and endless lives?