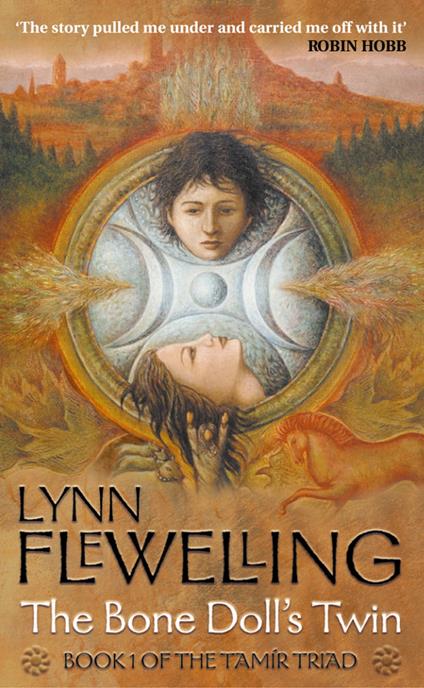 The first volume of a thrilling fantasy adventure trilogy filled with necromancy and bone-chilling magic from the bestselling US author of the Nightrunner series.

Long ago, during the dark days of the Great War with Pleinmar, King Thelatimos journeyed to the Oracle of the God Illior at Afra to save his warn-torn kingdom. Here he was presented with a prophecy ‘So long as a daughter of Thelatimos’s line defends and rules, Skala shall never be subjugated.’ And that is how the line of queens ruling over Skala was established.

However, as generations went by the male heirs to the throne became intensely resentful of the prophecy that emasculated their claim to power. Finally Queen Agnalain took the throne and the people of Skala suffered under her erratic and selfish command. Prompted by the people’s outcry over this mad queen, her son Prince Erius claimed primogeniture, and seized the throne.

Erius’s ascent may have pleased the people of Skala, but a faction of the population, one who had not forgotten the prophecy, were worried. Plague, drought and famine spread throughout the kingdom weakening it’s defences and offering easy pickings to Skala’s old enemy and neighbour, Plenimar.

As people start to recall the Oracle’s prophecy, Erius begins to quietly kill of his female relatives who pose the only threat to his monarchy. Constantly in fear for her life, Princess Ariani the King’s sister, gave birth to twins, a boy and a girl. But Ariani is married to Lord Rhius, the patron of the powerful wizard Iya, and Iya has sinister plans for the babes.