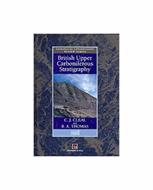 
This volume summarizes the results of a survey of British Upper Carboniferous sites, undertaken between 1978 and 1990 as part of the Geological Conservation Review (GCR). The GCR was the first attempt to assess the scientific significance of all Britain's geological sites and has proved a landmark in the development of a coherent geological conservation strategy in this country. To ensure that the assessments were based on a firm logical and scientific foundation, the range of scientific interest was divided into ninety-seven discrete subject 'blocks', reflecting the natural divisions of stratigraphy, palaeogeography and geological process Westphalian stratigraphy and Namurian stratigraphy were two of these blocks. The first stage in the survey was a review of the literature, to establish a compre- hensive database of sites. From this, a provisional list of potentially significant sites was made and this was circulated to all relevant specialists in this country and abroad. At the same time, the sites were visited to assess their physical condition and whether the interest was still extant. In some cases, excavation (so-called 'site-cleaning') was carried out to see if the interest of a site could be resurrected or enhanced. The com- ments made by the specialists and the field observations were then used to produce a second site list, which again was circulated for comment.
Leggi di più Leggi di meno