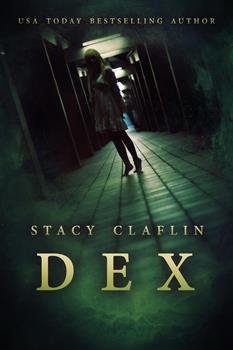 A world of mindless zombies. A lone traveler kills to stay alive. To survive a new threat, his only choices are trust or death...

Dex fears humans more than the hordes of wandering undead. After 11 years in survival mode, he’s learned how to fight the wandering killers. But humans are unpredictable, and in the chaotic ruins of civilization, one unplanned move can get you killed.

After an attack by the zombified version of a beloved family member, Dex resolves to travel back to his hometown. As he searches for surviving friends and family, he encounters a new breed of wanderer. less grotesque, but just as hungry for flesh.

To combat the new enemy, Dex must re-learn how to trust his fellow travelers. If he fails, he has no chance of reaching his hometown alive.

Dex is a post-apocalyptic zombie adventure with both thrills and heart. If you like tales of undead survival, compelling characters, and new twists on classic horror, then you’ll love USA Today bestselling author Stacy Claflin’s edge-of-your-seat thriller.