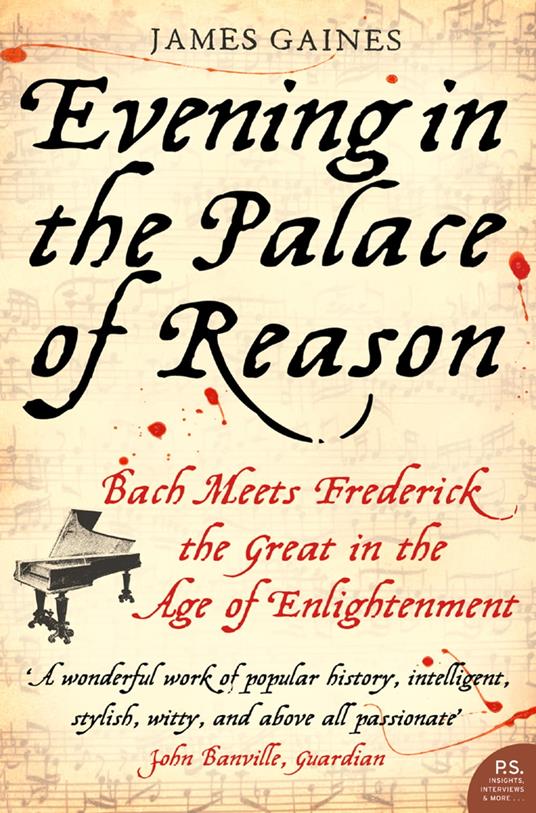 Evening in the Palace of Reason 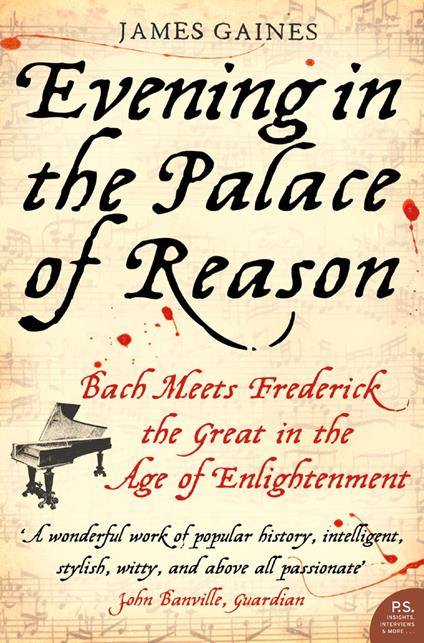 
In one corner, a godless young warrior, Voltaire’s heralded ‘philosopher-king’, the It Boy of the Enlightenment. In the other, a devout if bad-tempered old composer of ‘outdated’ music, a scorned genius in his last years. The sparks from their brief conflict illuminate a turbulent age.

Behind the pomp and flash, Prussia's Frederick the Great was a tormented man, son of an abusive king who forced him to watch as his best friend (probably his lover) was beheaded. In what may have been one of history's crueler practical jokes, Frederick challenged ‘old Bach’ to a musical duel, asking him to improvise a six-part fugue based on an impossibly intricate theme (possibly devised for him by Bach's own son).

Bach left the court fuming, but in a fever of composition, he used the coded, alchemical language of counterpoint to write ‘A Musical Offering’ in response. A stirring declaration of faith, it represented ‘as stark a rebuke of his beliefs and world view as an absolute monarch has ever received,’ Gaines writes. It is also one of the great works of art in the history of music.

Set at the tipping point between the ancient and the modern world, the triumphant story of Bach's victory expands to take in the tumult of the eighteenth century: the legacy of the Reformation, wars and conquest, the birth of the Enlightenment. Brimming with originality and wit, ‘Evening in the Palace of Reason’ is history of the best kind – intimate in scale and broad in its vision.