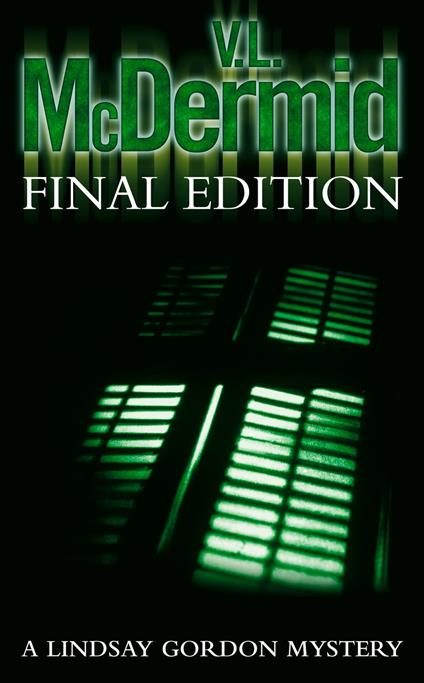 
In the third novel in the series, from No. 1 bestseller Val McDermid, Lindsay Gordon finds herself dragged into a sordid world of blackmail, prostitution, lies and murder.

When Alison Maxwell, a well-known Glaswegian journalist with an irresistible sexual attraction to both sexes, is found murdered the police look no further than the owner of the scarf used to strangle her. Lindsay Gordon, however, has other ideas. Maxwell was a serial seductress who kept a secret record of her encounters – including one with Lindsay herself. Recalling the threats that followed the end of the relationship, Lindsay knows all too well the feelings of rage, fear and passion that Alison Maxwell could invoke.

Soon Lindsay is embroiled in an investigation involving blackmail, stolen government documents and the vested interests of a group of people determined to keep her from finding the truth.

Final Edition is the third novel in the Lindsay Gordon series from number one bestseller Val McDermid.