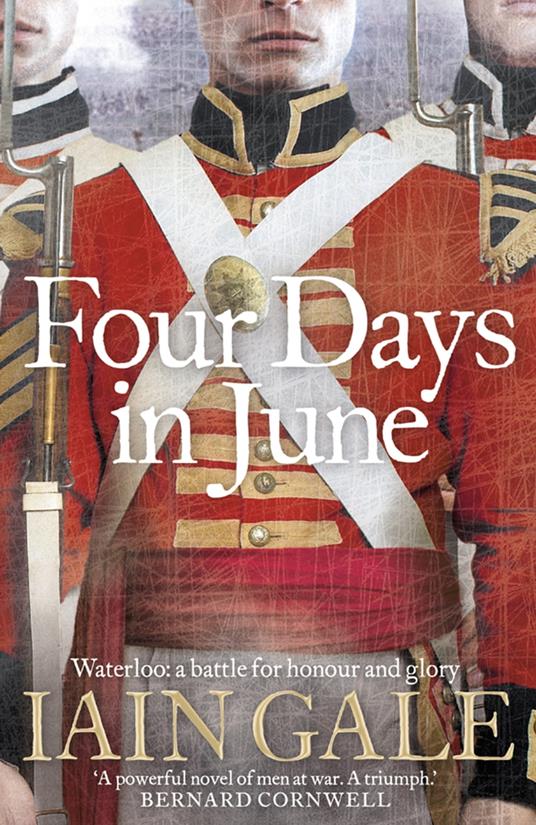 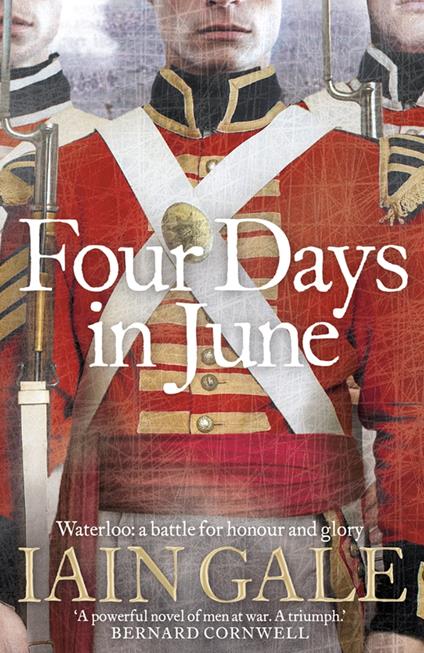 A remarkable debut novel, ‘Four Days in June’ is an imaginative but accurate reconstruction of five men – all real figures – five points of view, and four days of one of the world's most famous battles.

In June 1815, Napoleon has just escaped from Elba, the Bourbon kings were on the run, France rose to their emperor, and the Allied forces were in disarray. The British has disbanded their armies after their victory the previous year and had now cobbled together an uneasy alliance of the Prussians, the Dutch and an untrained army, stiffened by a few veterans.

The five characters are: General Zeithen of the Prussian army, concerned both about the French and about his and his men's exposed position, unsupported he fears by his reluctant chief and by the British: De Lancey, Wellington's quartermaster-general, accompanied by his new young wife, and desperately juggling his new role, the movements of men and supplies in face of the rapid French advance, Wellington's incessant demands and communications with the allies: Colonel MacDonnell, originally from the Black Watch but promoted to command one of the Guards companies, a veteran and now pushed into the frontline to stiffen the untried troops: Napoleon himself, a great warrior but can he make a comeback after his humiliation before: and Marshal Ney, only recently returned from the Royalist cause, and thus distrusted by Napoleon but revered and beloved by French soldiers.

What is so remarkable about Iain Gale's writing and storytelling gifts is that although we may know the outcome, the reader is completely absorbed by the unfolding drama: the tensions from mistakes made, how characters react under such stress, the interaction of one character with another; how memories of the past affect decisions now; the courage, the fear, the responsibility of command; the whole feel of battle.