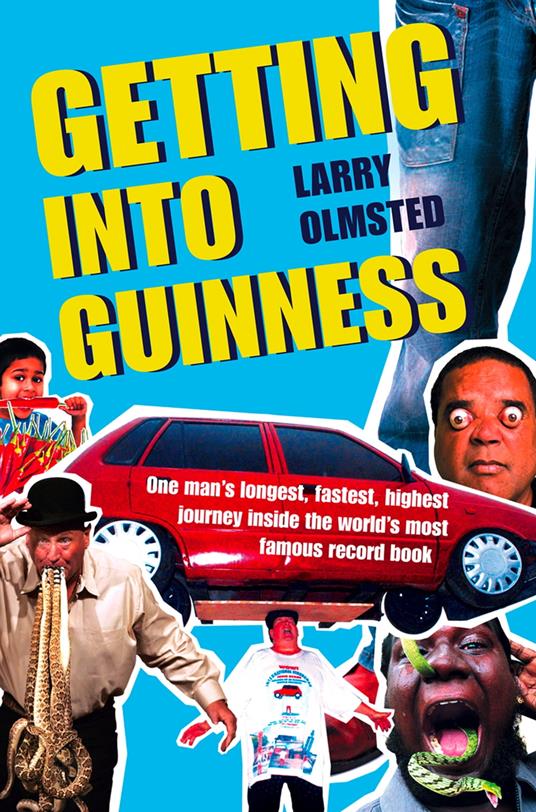 Getting into Guinness: One man's longest, fastest, highest journey inside the world's most famous record book 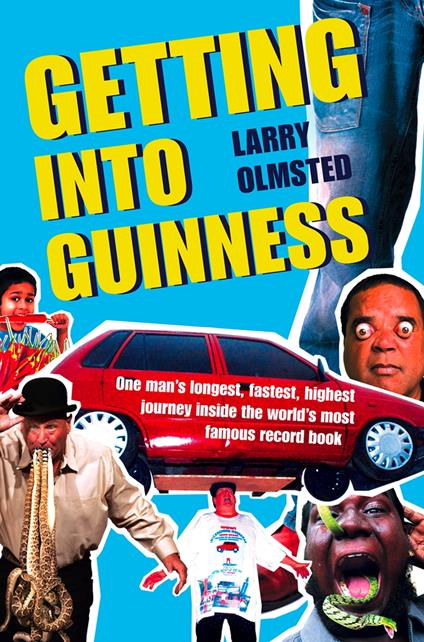 Getting Into Guinness is the hilarious true story of record breaking attempts, how record obsession has become a global phenomenon, the weird and wonderful characters that set records and the history of the Guinness Book of World Records.

Meet Larry Olmsted, a freelance travel and sports writer, always on the hunt for new and intriguing stories. In Spring 2003, somewhere over the North Atlantic, Larry stumbled on an article about the worldwide popularity of Guinness. Inspired by what he read, and in a bid to impress his editor, he took the drastic decision to set a record of his own and become part of the book's history. This leads Larry to break the record for the greatest distance travelled between two rounds of golf played on the same day and two years later to play poker continuously for 72 hours.

After his own hilarious record attempts, Larry sets out to discover more about the vast and colourful history of the Guinness Book of World Records. This leads him to his fellow record setters with their widely varied motives for record-mania. Meet Ashrita, Record Breaker for God, who has been breaking records for 30 years and has set or broken 177 Guinness World Records in his lifetime. And Jackie 'The Texas Snakeman' Bibby, who became one of the book's all time icons by sharing a bathtub with poisonous rattlesnakes and dangling them from his mouth, and who literally puts his life on the line every time he breaks one of his rattlesnake records.