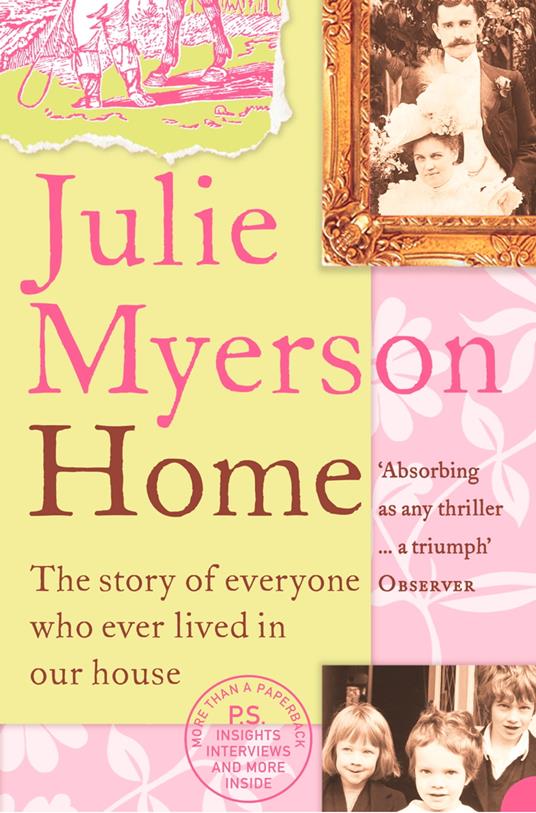 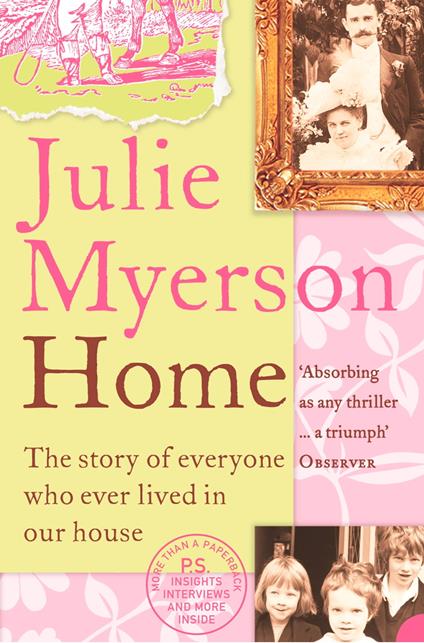 
Ever thought about all the people who lived in your house before you? Julie Myerson did, and set out to learn as much as she could about their fascinating lives.

This is the biography of a house, the history of a home. It’s an ordinary house, an ordinary home, and ordinary people have lived there for over a century. But start to explore who they were, what they believed in, what they desired and they soon become as remarkable, as complicated and as fascinating as anyone.

That is exactly what Julie Myerson set out to do. She lives in a typical Victorian terraced family house, of average size, in a typical Victorian suburb (Clapham) and she loves it. She wanted to find out how much those who preceded her loved living there, so she spent hours and hours in the archives at the Family Record Office, the Public Record Office at Kew, local council archives and libraries across the country. Like an archaeologist, she found herself blowing the dust off files that no-one had touched since the last sheet of paper in them was typed. As she scraped the years away, underneath she found herself embroiled in a detective hunt as, bit by bit, she started to piece together the story of her house, built in 1877, as told by its former occupants in their own words and deeds. And so she met the bigamist, the Tottenham Hotspur fanatic, the Royal servant, the Jamaican family and all the rest of the eccentric and entertaining former occupants of 34 Lillieshall Road. The book uncovers a lost 130-year history of happiness and grief, change and prudence, poverty and affluence, social upheaval and technological advance.

Most of us are dimly aware that we are not the first person to turn a key in our front door lock, yet we rarely confront the shadows that inhabit our homes. But once you do – and Julie Myerson shows you how – you will never bear to part from their company again. This is your home's story too.