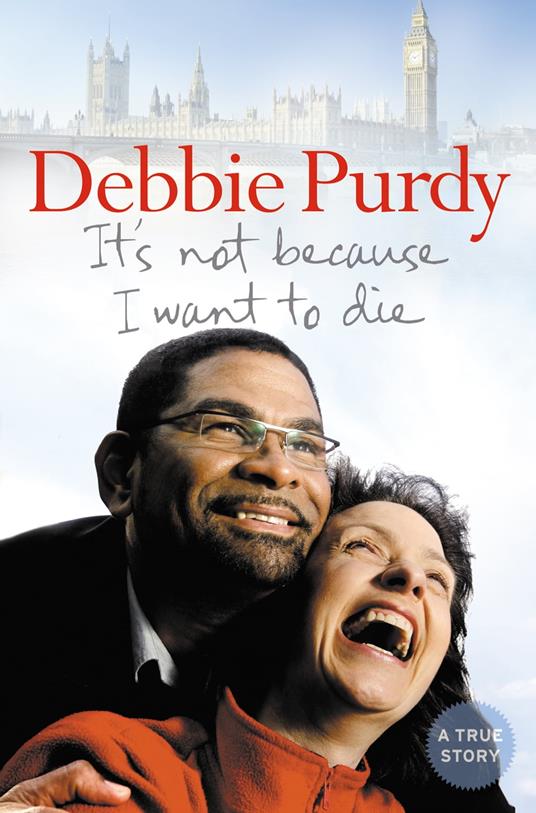 It's Not Because I Want to Die 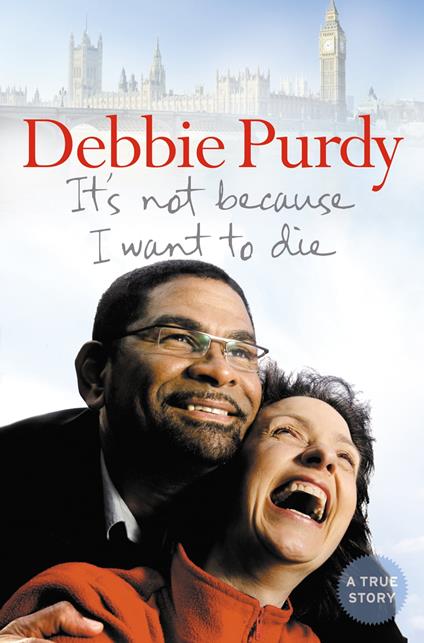 Debbie Purdy doesn't want to die. She has far too much to live for. But when the time comes, and the pain is so unbearable that she cannot go on, she wants her husband to be by her side, holding her hand until the end; and she wants to know that he won't be arrested.

Debbie Purdy – the face of Britain's right-to-die campaign – suffers from multiple sclerosis. She was diagnosed in 1995 – barely a month after she met her now-husband, Omar Puente, in a bar in Singapore. Within weeks she flew back out to meet Omar and, despite her devastating diagnosis, their relationship grew, as together they travelled Asia doing all the things they loved. When Debbie's health left her no choice but to go back to the UK, Omar followed. They married in 1998.

But since the death in 2002 of motor neurone disease sufferer Diane Pretty, who lost her legal battle to have her husband help her take her own life, there has been dark cloud on the horizon for Debbie. She is in pain all the time, with poor circulation, headaches, bed sores and muscle cramps. Once or twice a week, she falls in the shower, presses her panic button and waits for complete strangers to come and help. People pity Debbie, saying she must feel undignified. She disagrees. The only thing she thinks is undignified is having no control over her life or death.

When the pain becomes unbearable Debbie wants to be able to choose to end her life, surrounded by her loved ones. In England and Wales this is considered assisting suicide – a crime punishable by up to 14 years imprisonment. Debbie fears as a black foreigner Omar is more likely to face prosecution. All she wants is for the law to be clarified. Then she can make sure Omar never crosses the line.

At the end of July 2009 Debbie's long fight was finally rewarded with a court ruling that the current lack of clarity is a violation of the right to a private and family life, and the Director of Public Prosecutions being ordered to issue clear guidance on when prosecutions can be brought in assisted suicide cases, bringing hope and reassurance thousands nationwide.

Now, with passion and honesty, Debbie shares her unique story. Told with the joie-de-vivre and grace for which she has become known, Debbie describes her life and her battle.