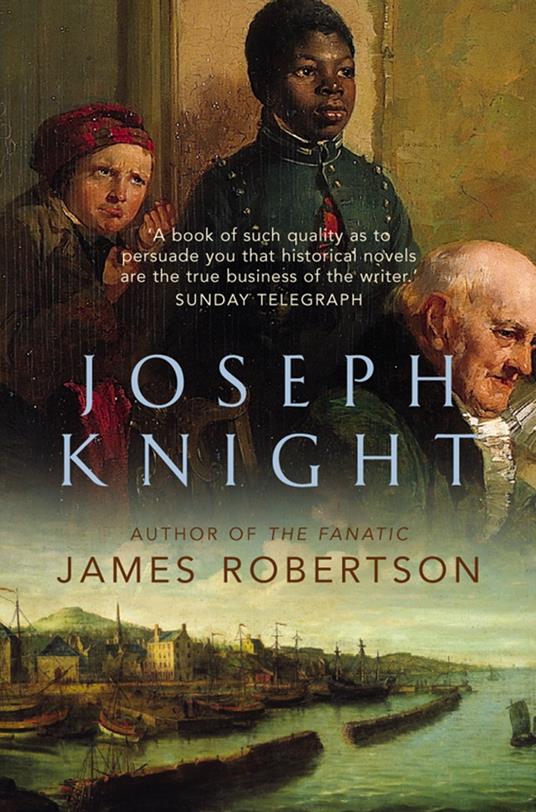 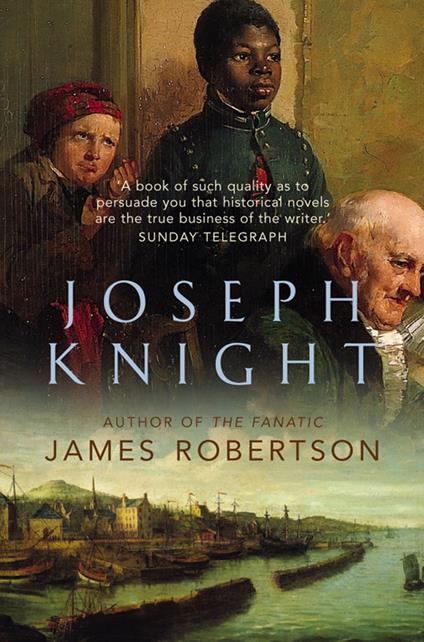 ‘A book of such quality as to persuade you that historical novels are the true business of the writer.’
Daily Telegraph

A gripping, shocking story of history, enlightement and slavery from the bestselling author of THE FANATIC. JOSEPH KNIGHT confirms James Robertson as one of our foremost novelists.

Exiled to Jamaica after the Battle of Culloden in 1746, Sir John Wedderburn made a fortune, alongside his three brothers, as a faux surgeon and sugar planter. In the 1770s, he returned to Scotland to marry and re-establish the family name. He brought with him Joseph Knight, a black slave and a token of his years in the Caribbean.

Now, in 1802, Sir John Wedderburn is settling his estate, and has hired a solicitor's agent, Archibald Jamieson, to search for his former slave. The past has haunted Wedderburn ever since Culloden, and ever since he last saw Knight, in court twenty-four years ago, in a case that went to the heart of Scottish society, pitting master against slave, white against black, and rich against poor.

As long as Knight is missing, Wedderburn will never be able to escape the past. Yet what will he do if Jamieson's search is successful? And what effect will this re-opening of old wounds have on those around him? Meanwhile, as Jamieson tries to unravel the true story of Joseph Knight he begins to question his own motivation. How can he possibly find a man who does not want to be found?

James Robertson's second novel is a tour de force, the gripping story of a search for a life that stretches over sixty years and moves from battlefields to the plantations of Jamaica, from Enlightenment Edinburgh to the back streets of Dundee. It is a moving narrative of history, identity and ideas, that dramatically retells a fascinating but forgotten episode of Scottish history.