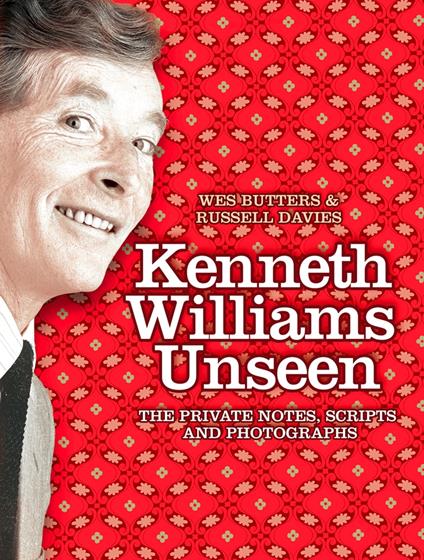 
To mark the 20th anniversary of Kenneth Williams’ death, a beautiful coffee table book celebrating his life, including never-before-seen photographs, sketches and personal testimony from Williams’ closest friends, for the very first time. 2008 marks the 20th anniversary of the death of legendary comic actor and broadcaster Kenneth Williams. Among the actor's bequests, in a will which itself was controversial enough to require re-examination, was a large cache of private papers and memorabilia inherited by his godson, Robert Chiddell, and subsequently acquired by the broadcaster and Williams fanatic, Wesley Butters. This material, none of which has been seen before, includes scripts and drafts by Williams, lectures and speeches delivered by him (to an audience of policemen, in a couple of cases), a large number of superb photographs from all phases of his career, and creative writing which even extends to a fictional recreation of his own turbulent Cockney childhood. Without ever arranging it formally Williams had unwittingly assembled a brilliant scrapbook of his life. Kenneth Williams Unseen is that scrapbook, enlarged and emboldened by contributions from those who knew and loved him and is a must for every fan of the great man himself. This is the first authorised book on Williams in over a decade and will re-define the Williams legacy.
Leggi di più Leggi di meno