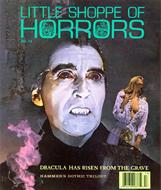 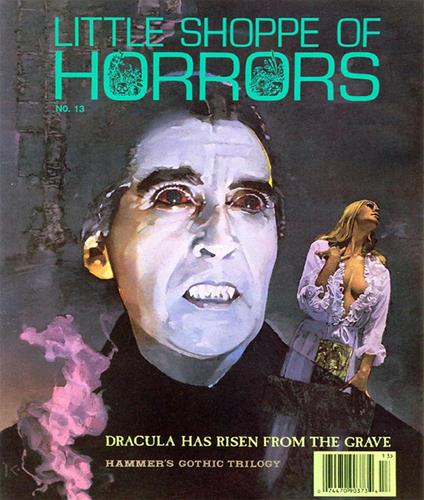 The Hammer "Dracula" films make up one of the most popular Horror Series ever made. From 1957 to 1974, nine films (seven with Christopher Lee) were built around Bram Stoker's classic character.

Now, Little Shoppe of Horrors #13 takes you behind the scenes on the making of DRACULA HAS RISEN FROM THE GRAVE, TASTE THE BLOOD OF DRACULA and SCARS OF DRACULA. Filmed in 1968, 1969 and 1970, this un-official trilogy is a fan favorite.

Interviews with the production crew members

? An EXCLUSIVE to LSoH INTERVIEW with Dracula himself – Christopher Lee

? AND many more interviews –

With many behind-the-scenes shots