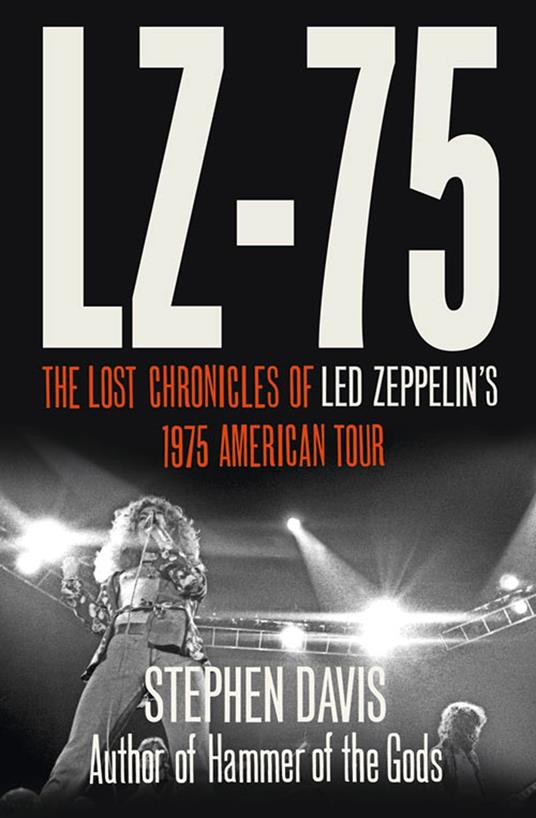 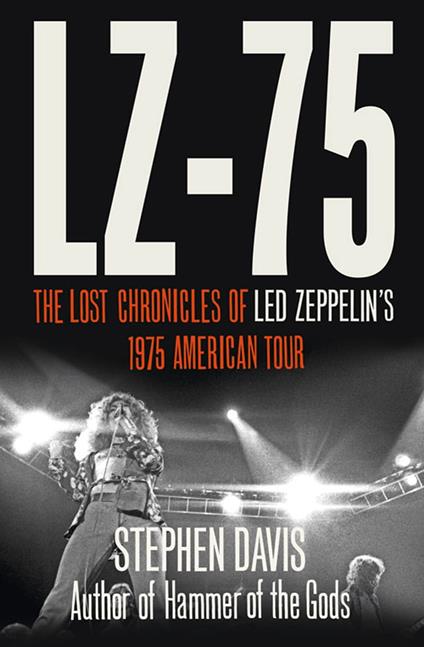 
Stephen Davis’s brilliantly-written personal account of criss-crossing America with Led Zeppelin on their 1975 tour. A warts-and-all snapshot of the world’s biggest hard-rock band at their peak.

As a young rock writer Stephen Davis landed the ultimate commission – touring America with Led Zeppelin.
This is a personal account by Davis of his journey, which saw him crossing the country with the band on board the Starship, their famous Boeing passenger jet, complete with deep shag purple carpet, electric pianos, girlfriends and star-struck hangers-on.
This is also the story of one of the hardest-living bands in the world at their peak. For Robert Plant, Jimmy Page, John Paul Jones and John Bonham, the most beautiful women in America tear their spangled jackets from them and riots start outside their gigs.
LZ-75 captures a few perfect months in rock, when Led Zeppelin epitomised the free-living rock dream, but, like Icarus, their wings were already beginning to melt. It wouldn't be long before John Bonham died of a vodka overdose, and punk killed their brand of monumental rock.
With it's up-close-and-personal accounts of band members, managers, groupies, fans and drug-dealers, there's a lot of Almost Famous about this book – Led Zep's 1975 tour is in fact the very one on which Cameron Crowe's film was based.
Stephen Davis was barely twenty in 1975, but now he is recognised as one of the best rock writers in the world. He is the author of the mega-selling Hammer of the Gods – a biography of Led Zeppelin. He recently unearthed his notebooks of the 1975 tour – which he didn't use for Hammer of the Gods – to write LZ-75.
LZ-75: Across America with Led Zeppelin is a wonderful and unique thing – a beautifully succinct account of a single moment in rock, when no lyric was too far-fetched, no drink went undrunk and no expense was ever, ever spared. It's a moment that will never be repeated.