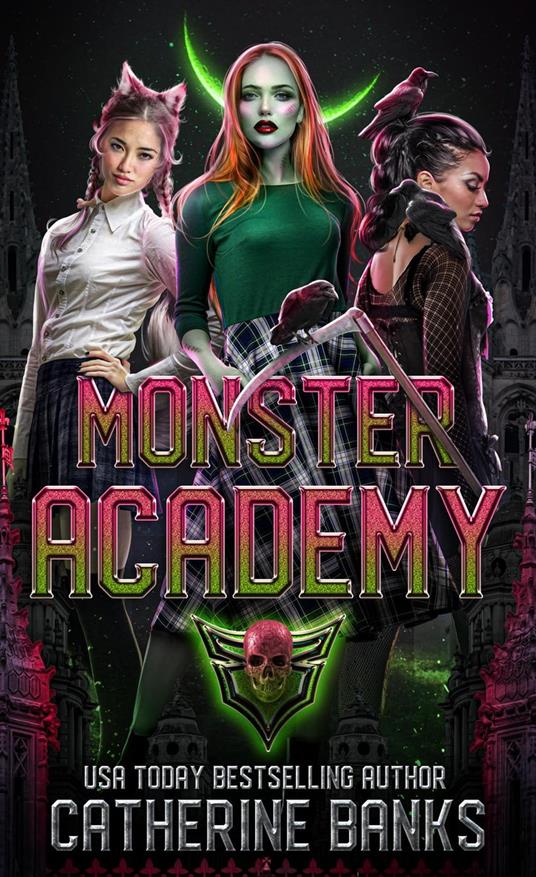 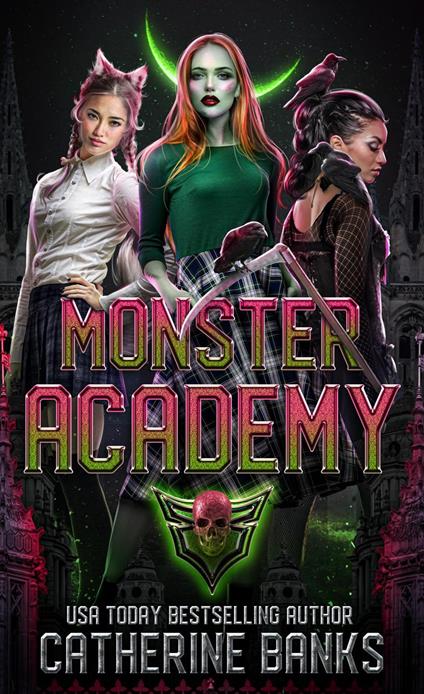 
They thought they'd have it easy being monster elites, but these three best friends still have to deal with pop quizzes, crushes, and even worse...humans.

Frances Stein, Loralie Reaper, and Tsukiko Okami just want to play games and relax after their classes. Any hopes of chilling out, however, are destroyed when humans attack Monster Academy and try to use the students for ransom.

In order to defeat the humans and protect their fellow monsters, they must work side by side with their crushes without giving away their secrets. Of course, that would be a lot easier if they were able to stick together, but in a move that betrays insider knowledge, the BFFs are separated.

By tapping into their monstrous powers and working with their crushes, they will open their hearts and unlock abilities long thought dead. But will it be enough to save all of monster-kind? It's going to be one hell of a year at Monster Academy.