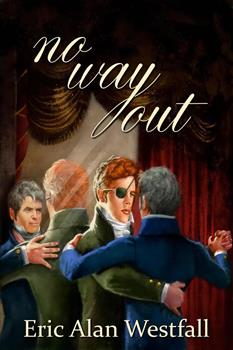 And Jeremy—a whore from the Dock—is living in a guest bedroom in the London home of the (in)famous Iron Marquess, with over fifteen days missing from his life.

For someone who remembers everything from his third birthday on, it's unnerving not to know. Fine, fourteen days for the coma and the infection delirium, with a couple of brief remembered moments. But those first thirty-six hours. Do they explain how he got hurt, how he got to Ireton House, and why his lordship's mountain-sized valet is taking care of him? Or why his ironness looks at him with nothing iron at all in his eyes?

Jeremy and the Iron Marquess both have dark secrets. Toss in a forced engagement, an inheritance, a scheme to clap Jeremy in Bedlam, a wall in a hall with paintings to the left and waiting emptiness to the right, the revelation of the missing hours, a problem with plumage, some numbered accounts, and a long sea voyage, and even with incredible sex, humor, Shakespeare, Lewis Carroll, and a fabulous toy collection, it all seems to mean there's no way out of the snares surrounding them.