In December 1991, Allende's daughter Paula, aged 26, fell gravely ill and sank into a coma. This book started as a letter to Paula written during the hours spent at her bedside, and became a personal memoir and a testament to the ties that bind families - a brave, enlightening, inspiring true story. This book was written during the interminable hours the novelist Isabel Allende spent in the corridors of a Madrid hospital, in her hotel room and beside her daughter Paula's bed during the summer and autumn of 1992. Faced with the loss of her child, Isabel Allende turned to storytelling, to sustain her own spirit and to convey to her daughter the will to wake up, to survive. The story she tells is that of her own life, her family history and the tragedy of her nation, Chile, in the years leading up to Pinochet's brutal military coup.
Leggi di più Leggi di meno 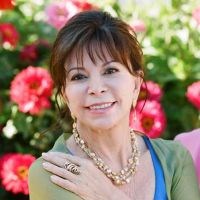