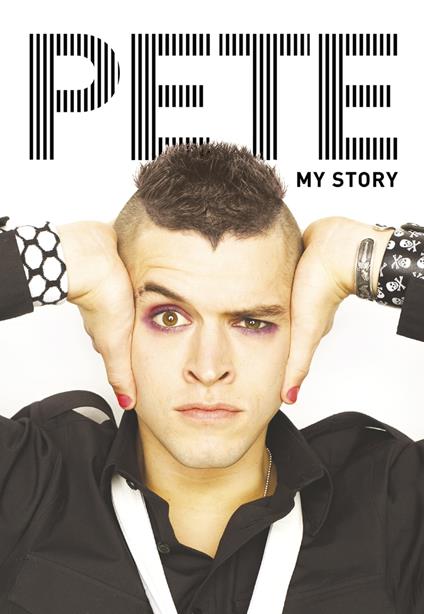 W**kers! Cheese! Eeezamanna! Pete Bennett, the 24-year-old Tourette's sufferer who shot to fame as winner of Big Brother 7, stole the nation's heart with his outrageous, loveable nature. Pete's incredible autobiography reveals what the tabloids didn't see. His story will make you cry, have you in stitches, and inspire you with its amazing honesty.

Suffering with Tourette's Syndrome since the age of five, Pete was only properly diagnosed at 14. Here he talks openly about his agony growing up with Tourette's, and how he used humour and his musical ability to cope with his frightening attacks. Pete reveals his true feelings about his dad abandoning him when he was six, and his close relationship with his mother, Anne. Pete shares intimate details about his escape into wild sex parties, the horrific death of his best friend, and his thoughts of suicide until Big Brother 'saved his life'.

From the moment Pete decided to enter Big Brother so his mum wouldn't have to work in a fast food chain, he had the entire nation glued to their TV screens. But beneath his quirky and hilarious antics, it was Pete's refreshing innocence and lack of fame-seeking that made him the most popular (and fancied) housemate Big Brother has ever seen.

Heart-rending and moving, hilarious and outrageous, Pete's story is an unique insight into a truly inspiring individual.